External Affairs Minister S Jaishankar is in Washington after his New York visit during which he met with foreign ministers of over 40 countries. 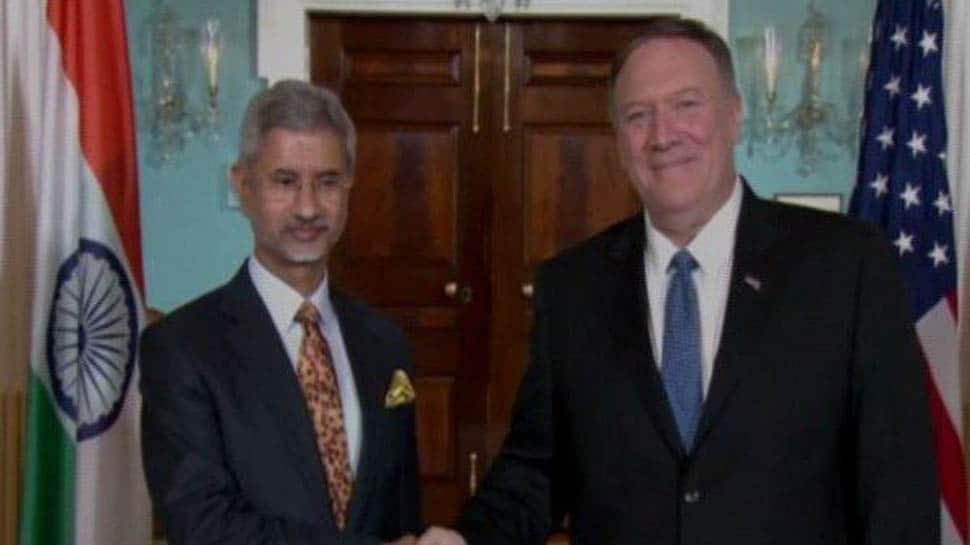 New Delhi: Ministry of External Affairs S Jaishankar on Monday met US Secretary of State Mike Pompeo in Washington. This was the fourth meeting between Jaishankar and Pompeo in the last four months. They first met in Delhi during Pompeo's visit to India, followed by meet during Asean FMs meet in Bangkok, then again last week at the first-ever Quad Foreign ministers meet in New York and on Tuesday in Washington.

Indo-Pacific issues, counter-terrorism, trade and Afghanistan remained the top focus during the meet. Jaishankar is in Washington after his New York visit during which he met with foreign ministers of over 40 countries. The meet also comes two days after PM Modi concluded his week-long high profile visit to the US.

Both US President Donald Trump and PM Modi endorsed each other during the Indian disapora event in Houston-Howdy Modi that saw the participation of 50,000 people, mostly Indian Americans. Using Trump's slogan "make America great again", PM said, Trump has achieved much for the United States and,d endorsed him by saying "abki baar baar trump Sakar". Trump meanwhile, called PM Modi as "one of Americas most devoted and most loyal friend" who is "doing a truly exceptional job for India and all of the Indian people".

New Delhi and Washington are also working on President Trump's first India visit later this year. Talks are already underway for the visit and US President Trump also hinted at it when he spoke at disapora event last week in Texas. "Thousands in Mumbai will watch the first ever NBA game in India..am I invited Mr. Prime Minister? I may come, be careful I may come", Trump said.