The M4 carbine is a lightweight and a shortened variant of the M16A2 rifle. 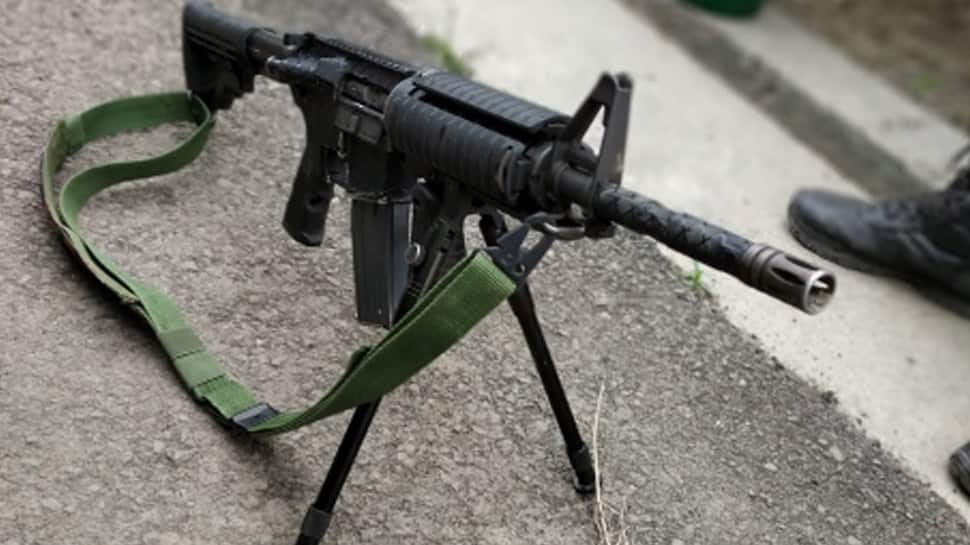 A total of six terrorists were killed and an American M4 sniper rifle was also recovered in three encounters with security forces in Jammu and Kashmir in the last 24 hours. One terrorist has been captured alive.

The M4 carbine is a lightweight and a shortened variant of the M16A2 rifle. It is a gas operated, air cooled, magazine fed, selective rate, shoulder fired weapon with a collapsible stock. The M4 is equipped with a shorter barrel, and detachable carrying handle (with a built-in accessory rail) and it provides soldiers operating in close quarters with improved handling and the capability to rapidly and accurately engage targets at extended range, day or night.

It provides the individual soldier operating in close quarters the capability to engage targets at extended range with accurate, lethal fire. The M4-series Carbine achieves over 80 per cent commonality with the M16A2 Rifle and replaces all M3 .45 caliber submachine guns, and selected M9 pistols and M16 rifles.

In an encounter that took place in the wee hours of Friday in Budgam district, two terrorists were killed and five soldiers injured. The terrorists are from the Jaish-e-Mohammad (JeM) terrorist organisation. The encounter, that ensued in Sustu village in the district, has ended and search operations are underway, news agency ANI reported quoting the Jammu and Kashmir police.

One AK47 has also been recovered. It is worth mentioning that the M4 is used to target forces from long distance and is mostly found in Pakistan's Sataa. The Srinagar Police has issued an advisory asking locals not to visit the encounter site as it is being sanitized by Bomb Disposal (BD) squad of the state police.

On Thursday, four terrorists were killed in two encounters with security forces in Shopian and Kupwara districts of the state.

The security forces had launched an operation in Yawran forests in Shopian following information about the presence of terrorists there and in the ensuing gunfight, three terrorists were killed. The slain terrorists have been identified as Sajad Khanday, Aqib Ahmad Dar and Basharat Ahmad Mir, all residents of Pulwama, news agency PTI reported quoting a police spokesman.

According to PTI, the police records said that it was a combined group of proscribed terror outfits Hizbul Mujahideen and Lashkar-e-Taiba. The spokesman asserted that Dar was involved in conspiring and executing many terror attacks in the area. Khanday and Mir were also involved in many terror attacks and several terror crime cases were registered against them. Incriminating materials, including three AK rifles, were recovered from the encounter site.

In another encounter, a terrorist belonging to the JeM was also killed in an encounter at Yaroo area in Handwara region of Jammu and Kashmir's Kupwara district, the police said.

An alleged Hizb-ul- Mujahideen terrorist, Rameez Ahmad Dar, was arrested from Bijbehara, Anantnag on Thursday. He was arrested following intelligence inputs to security forces about his location.