Jewelers in Jaipur craft hand-made silver replica of Chandrayaan-2, dedicate it to ISRO

The Chandrayaan-2 model is not for sale, they say it has been made for gifting. They hope to send it to the ISRO headquarters with the help of PMO. 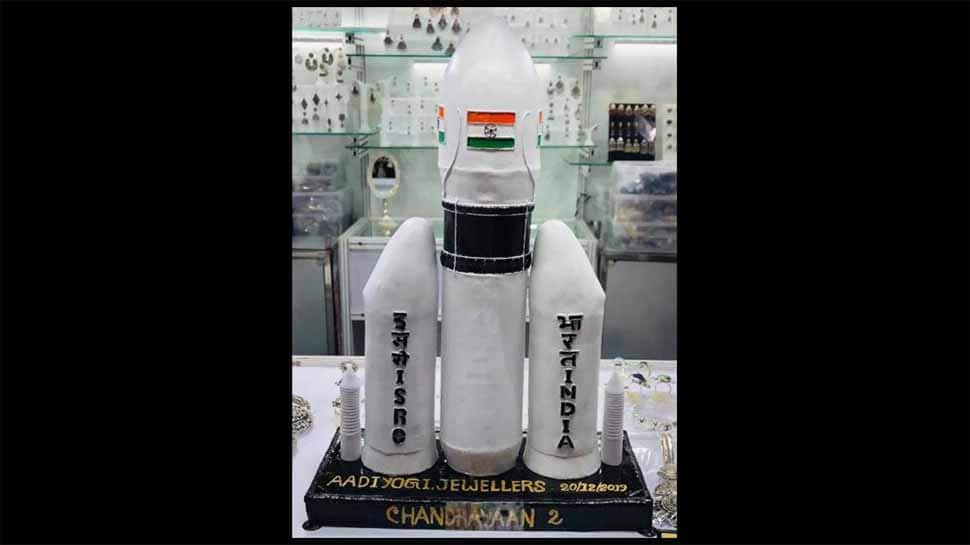 Jaipur: Months after the successful launch of ISRO's Chandrayaan-2, two young jewelers from Jaipur made a hand-made replica of the space shuttle. The young jewelers, Rishabh Jain and Rahul Jain said their father Gulab Chand Jain was the inspiration behind the idea. Father Gulab Chand claimed that no machine had been used in making of the model.

The trio wants to dedicate the silver replica to the space agency. It was made with the intention of celebrating the achievement of the Indian scientists, to salute their talent for the successful launch of the rocket.

The hand-made Chandrayaan-2 model is not for sale, they say it has been made for gifting. They hope to send it to the ISRO headquarters with the help of PMO.

It took them 45 days to make the 19-inch tall replica of the space shuttle. At least four kilos and 92.5 grams of silver was used, also Jaipur's famous meenakari work (which is an art form of enameling designs on metal) can be seen on the model of the rocket.

Rajasthan's jewelry sector is popular in India for providing custom-made jewel for shooting purposes in films and is also much in demand by many renowned celebrities for their wedding jewelry.

Chandrayaan-2 was India's second lunar mission, launched with the objective to map and study the lunar surface and locate water. It consisted of a lunar orbiter, called Vikram, a lunar rover called the Pragyan, all of which were developed in India. The spacecraft was launched on July 22, 2019, from Satish Dhawan Space Centre.

Though it was not successful in its objective of locating water but it was not a failed mission. They managed to successfully launch the shuttle, the placement of the orbiter on Moon's orbit was right, and the separation of the lander from the orbiter was achieved. ISRO has announced that it is already working on Chandrayaan-3 which might be launched in 2020.