The Jharkhand Vikas Morcha (JVM) National President and former Chief Minister Babulal Marandi slammed the Raghubar Das government and said it has cheated the people of Jharkhand for the last five years, while addressing a rally at Balumath High School in Latehar on Thursday (November 21). 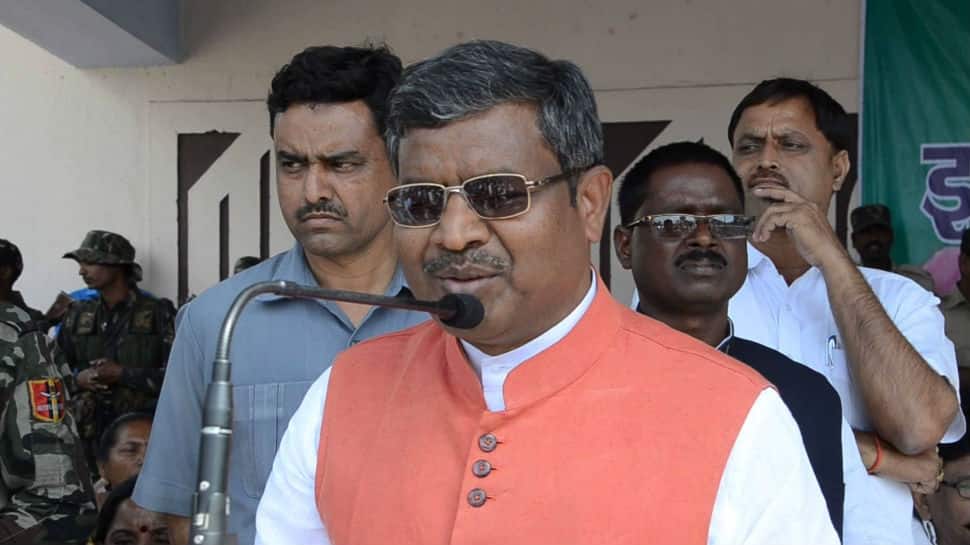 Ranchi: The Jharkhand Vikas Morcha (JVM) National President and former Chief Minister Babulal Marandi slammed the Raghubar Das government and said it has cheated the people of Jharkhand for the last five years, while addressing a rally at Balumath High School in Latehar on Thursday (November 21).

Campaigning for JVM candidate Aman Bhogta, Babulal Marandi flayed the Chief Minister Raghuvar Das for not being able to start the closed plants in Balumath. He also raised the farmers' suicide issue, and talked about the pitiable condition of hospitals, which are devoid of doctors as well as medicines.

Marandi said if his government comes, he will ensure 150 days wages to poor people.

The Election Commission is all set conduct peaceful elections in Jharkhand. It has decided to deploye additional armed forces in six districts of Garhwa, Palamu, Latehar, Gumla, Lohardaga and Chatra, where the first phase of polling will be held on November 30.

Chief Election Commission Sunil Arora, who was in Ranchi on Wednesday, directed to maintain special vigilance during polling in Naxal-affected areas. The CEC also gave instructions to the concerned District Magistrates (Deputy Commissioners) and Superintendents of Police to take special precaution to send and bring polling workers, especially in remote areas.

The Congress has called a meeting of all its General Secretaries and state In-charges on Thursday to gear up for polls as only 7 days are left for the first phase of voting in Jharkhand, slated on November 30.

The party is enthusiastic about clinching a deal in Maharashtra for government formation and wants to put all the resources in Jharkhand.

In Jharkhand, the party is contesting in alliance with the JMM and the RJD. However it saw a setback with former state chief Pradeep Balmuchu quitting the party and joining AJSU as he was miffed by denial of ticket.

The Congress is pitching its top leaders including Rahul Gandhi for the campaign in Jharkhand, who had made cameo appearances in Maharashtra and Haryana polls.