Irfan Ramzan Sheikh was just 14 back in 2017 when his house was attacked by three terrorists but he forced them to beat a hasty retreat. 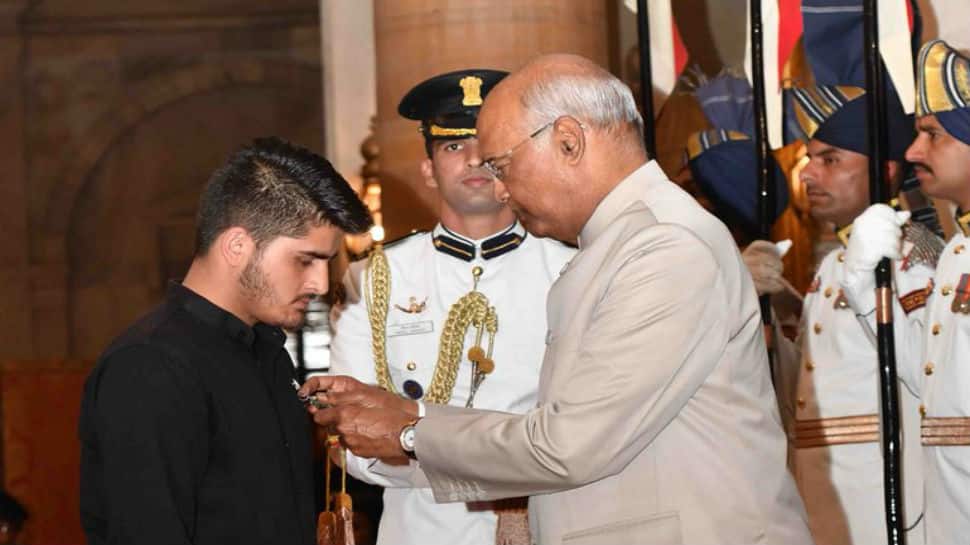 Irfan Ramzan Sheikh showed exemplary courage when, in 2017, he had foiled an attack by terrorists on his house in Jammu and Kashmir. Two years later, he showed exemplary poise as he received the Shaurya Chakra from President Ram Nath Kovind on Tuesday.

Irfan was just 14 back in October of 2017 when his house was attacked by three terrorists. Carrying rifles and grenades, they had come with the intention of killing Sheikh's father - Mohammad Ramzan Sheikh, a political activist.

Sheikh was hailed as a hero by the local community and tales of his unwavering valour spread far and wide.

On Tuesday, the teenager was as unwavering as ever in the presence of the President, Prime Minister Narendra Modi and several other high-ranking dignitaries. At the ceremony, he was honoured with the Shaurya Chakra which is awarded for 'gallantry otherwise than in the face of the enemy.'