Union Home Minister Amit Shah said that former chief ministers Farooq Abdullah, Omar Abdullah and Mehbooba Mufti are in detention to maintain law and order in Kashmir valley and security agencies will take a call on releasing them after reviewing the situation. 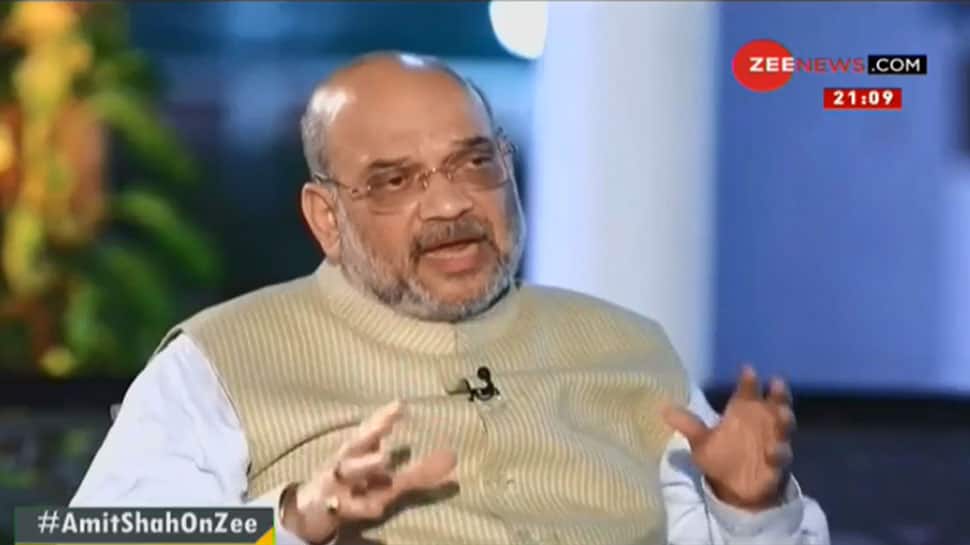 Shah noted that security forces and the government will have to remain on alert because Pakistan is desperate to create trouble in the region. The BJP chief said that former chief ministers Farooq Abdullah, Omar Abdullah and Mehbooba Mufti are in detention to maintain law and order in Kashmir valley and security agencies will take a call on releasing them after reviewing the situation.

Talking about the upcoming Assembly election in Maharashtra and Haryana, Shah expressed confidence that the BJP will return to power in both these states and win the election with two-third majority. Shah said that both Devendra Fadnavis and Manohar Lal Khattar have done good work as chief minister of Maharashtra and Haryana respectively and people will vote in their favour. Shah also said that Fadnavis will remain the chief minister of Maharashtra if BJP-Shiv Sena alliance wins the upcoming Assembly election in state.

Shah praised Fadnavis and Khattar for giving corruption-free government and said that Prime Minister Narendra Modi has given his full support to these two states for their development. The BJP chief noted that Mahrashtra has regained its lost glory under Fadnavis' leadership.

When asked that whether he is inspired by India's first Home Minister Sardar Vallabhbhai Patel, Shah replied that not only him but even Prime Minister Narendra Modi and millions of people in India are inspired by Sardar Patel. Shah added that since Sardar Patel was country's first home minister and he is the current home minister people draw these comparisons. Shah, however, stressed that no one should compare him to Sardar Patel because the latter has done several big things for India and he is not capable of matching him at all.

The BJP president said that BJP-led government at the Centre was committed to implement National Register for Citizens across India. He added that the government is studying the loopholes in the NRC in Assam and will address those issues before implementing it across the country.

During the interview, Shah said that he did not send former finance minister P Chidambaram to jail to settle political scores. Shah stressed that the CBI or the ED do not work under the home ministry and these agencies are free to take action without any intervention from his ministry.

Talking about the Punjab and Cooperative Bank scam, Shah said that the government is aware of the problems faced by the customers of the bank. He stressed that the Centre will ensure that the customers get their money back as soon as possible.

Shah also talked about Uniform Civil Code (UCC) and said that the government will implement the UCC after holding discussions over it with the people of the country.