Supreme Court on Thursday referred the matter to a larger bench on the powers to post and transfer bureaucrats in Delhi. 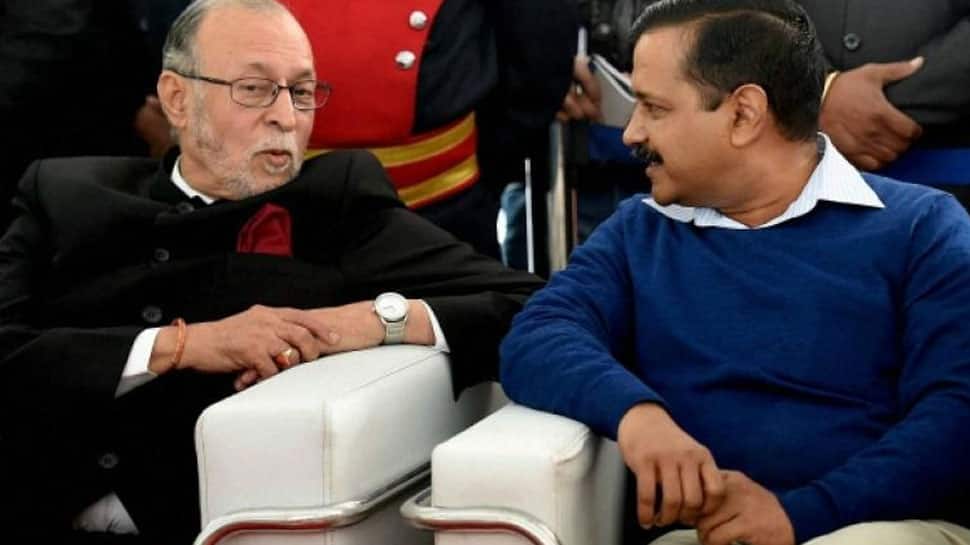 NEW DELHI: A Supreme Court bench comprising justices AK Sikri and Ashok Bhushan on Thursday differed on who would have the power to post and transfer bureaucrats, the Anti-Corruption Bureau and appointment of inquiry commissions etc in Delhi. The two top judges of the top court - Justice AK Sikri and Justice Ashok Bhushan - gave a split verdict on the jurisdiction of Centre or Delhi government over appointment and transfer of bureaucrats in Delhi.

One of the two top judges dealing with the issue said that the Delhi government has all powers, except on matters related to land and policing.

Justice AK Sikri held that transfers or posting of Joint Secretary and officers of above rank are in the domain of the LG while other officers fall under Delhi Government.

However, in case of difference of opinion, the view of Delhi LG will prevail. The Anti Corruption Bureau will come under the LG, Justice Sikri said in his order.

Justice Ashok Bhushan, however, dissented from Justice Sikri on the issue of 'Services' and said all the officers fall under the domain of the Central government.

The two judges, however, unanimously held that the Centre has the power to set up an Inquiry Commission.

The Supreme Court then referred the issue to a larger bench to decide whether the Delhi government or Lieutenant Governor should have jurisdiction over ‘Services’ in Delhi.

Supreme Court refers the issue to a larger bench to decide whether the Delhi government or Lieutenant Governor should have jurisdiction over ‘Services’ in Delhi. pic.twitter.com/SwgYzT6c5N

With the top court apparently favouring Centre over the Delhi government in the most of the contentious issues, today's ruling is being viewed as a big setback for the Arvind Kejriwal-led Delhi government.

The top court passed its verdict while responding on a batch of petitions challenging various notifications including control of services and power of Anti-Corruption Bureau (ACB) in what had triggered a war of words between the Delhi government and the Centre.

The bench had on November 1 last year reserved its verdict on the petitions challenging the notifications issued by the Centre and the Delhi government.

During the previous hearings, the Centre had told the apex court that the Lieutenant Governor (LG) has the power to regulate services in Delhi.

The powers are delegated to the administrator of Delhi and the services can be administered through him, it had said.

The Centre also said that unless the President of India expressly directs, the LG, who is the administrator of Delhi, cannot consult the Chief Minister or the Council of Ministers.

On October 4, last year, the Delhi government had told the apex court that it wanted its petitions relating to the governance of the national capital be heard soon as it did not want "stalemate to continue in administration".

The Delhi government had told the top court that it wanted to know where it stands with regard to the administration in view of the Constitution bench verdict of the apex court on July 4.

The five-judge bench had on July 4, last year laid down broad parameters for governance of the national capital, which has witnessed a power struggle between the Centre and the Delhi government since the Aam Aadmi Party came to power in 2014.

In the landmark verdict, it had unanimously held that Delhi cannot be accorded the status of a state but clipped the powers of the Lieutenant Governor (LG), saying he has no "independent decision-making power" and has to act on the aid and advice of the elected government.

On September 19, last year, the Centre had told the apex court that administration of Delhi cannot be left to the Delhi government alone and emphasised that it has an "extraordinary" position by virtue of being the country's capital.

The Centre had told the court that a five-judge constitution bench of the apex court had categorically held that Delhi cannot be accorded the status of a state.

The Centre had contended that one of the basic issues was that whether the Government of National Capital Territory of Delhi (GNCTD) has the legislative and executive powers so far as 'services' were concerned.

It said that the national capital houses several institutions of vital importance like Parliament and the Supreme Court and foreign diplomats also resides here.

Chief Minister Arvind Kejriwal had been at loggerheads with incumbent LG Anil Baijal and his predecessor Najeeb Jung. Kejriwal had accused both of them of preventing the functioning of his government at the behest of the BJP-led central government.