PM Narendra Modi has appealed to the people to light a 'diya' as a "salute to soldiers". 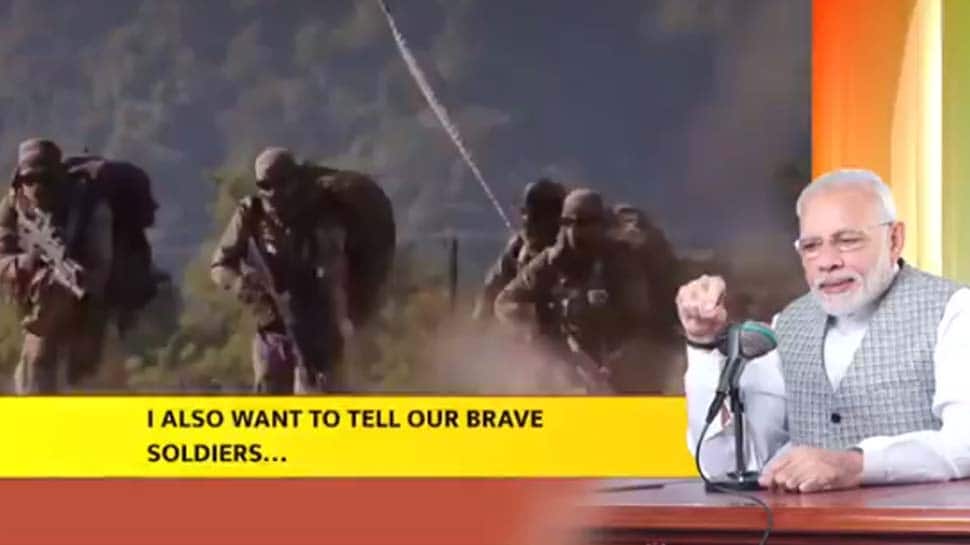 On the eve of Diwali, Prime Minister Narendra Modi on Friday appealed to the people to light a 'diya' as a "salute to soldiers". Taking to micro-blogging site Twitter, PM Modi added that words cannot do justice to the sense of gratitude for their exemplary courage.

He tweeted, "This Diwali, let us also light a Diya as a Salute 2 Soldiers who fearlessly protect our nation. Words can’t do justice to the sense of gratitude we have for our soldiers for their exemplary courage. We are also grateful to the families of those on the borders."

This Diwali, let us also light a Diya as a #Salute2Soldiers who fearlessly protect our nation. Words can’t do justice to the sense of gratitude we have for our soldiers for their exemplary courage. We are also grateful to the families of those on the borders. pic.twitter.com/UAKqPLvKR8

The prime minister also posted an audio clip of his recent 'Mann Ki Baat' broadcast in which he had first given a call to citizens to light a 'diya' for soldiers in Diwali. He had urged people to light a 'diya' (lamp) while they celebrate the festival to honour security forces guarding the country's borders.

PM Modi's message comes on a day when Pakistan resorted to multiple ceasefire violations along the Line of Control (LoC) from Gurez sector to Uri sector of Jammu and Kashmir. Till last reports came, three Indian Army soldiers and a BSF personal were martyred and three civilians were also killed along LoC in Pakistan firing, according to the Army.

In the unprovoked ceasefire violations, three soldiers and many other civilians were also injured along the LoC in multiple sectors including Dawar, Keran, Uri and Naugam, Gurez sector of three districts of north Kashmir. The Indian Army said that 'substantial damage has been caused to the Pakistani Army infrastructure'.

Three Indian Army soldiers have been killed in action (KIA) and three soldiers were injured, he said. “The nation salutes their supreme sacrifice,” he said, adding, “Own troops retaliated strongly causing substantial damage to Pakistan Army's infrastructure and casualties across the LoC." Several ammunition dumps, FOL dumps and multiple (militants) launch pads have been damaged,” added the statement.

Pakistan targets India ahead of Diwali, kills 4 soldiers and 3 civilians in multiple ceasefire violations along LoC in Jammu and Kashmir