While TMC has dropped 10 sitting MPs, it has included a number of Tollywood celebrities for the upcoming Lok Sabha election. 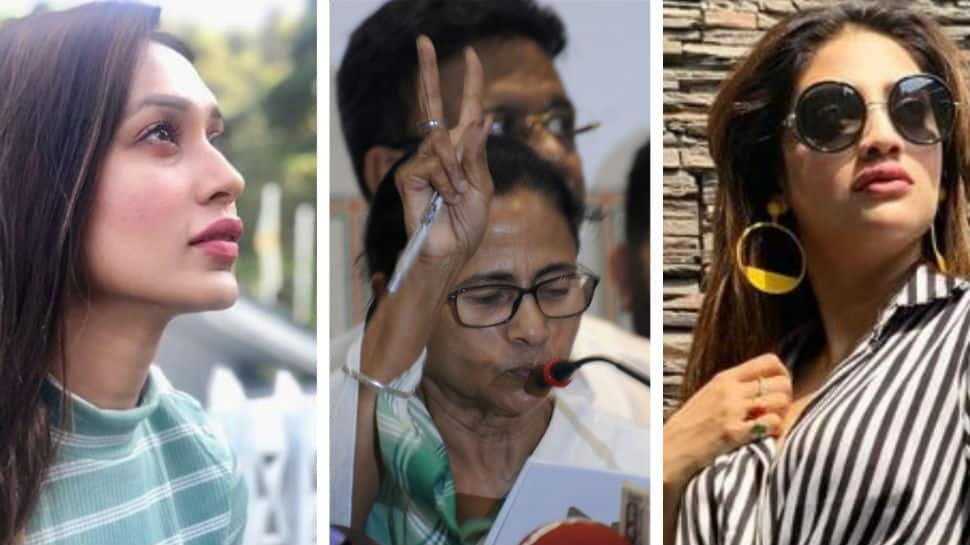 Kolkata: The glitz and glamour of the movie industry may be completely different from the sweat and toil of elections but that has hardly deterred Mamata Banerjee from fielding Tollywood celebrities aplenty for the upcoming Lok Sabha election.

Trinamool Congress on Tuesday released its list of candidates for all 42 West Bengal constituencies. While as many as 10 sitting MPs were dropped, the list had numerous faces from Tollywood. Making their way from being in front of the cameras to being in front of voters for the first time would be Mimi Chakraborty who replaced Professor Sugata Basu in the Jadavpur constituency, and Nusrat Jahan who replaced advocate Idris Ali in the Basirhat constituency.

While Mimi started her acting career on the small screen and made her Tollywood debut in the 2012 movie Bapi Bari Ja, Nusrat has a huge fan following due to her acting and dancing skills. Both celebrities, however, are believed to be political rookies who have now been given extremely crucial roles.

Apart from Mimi and Nusrat, the other noted Tollywood personalities who will contest the election for TMC are Dev (Deepak Adhikari), Satabdi Ray and Moon Moon Sen.

TMC is now hoping that the glam factor can woo the masses at rallies and help the party convert the attention to votes as Mamata looks to deal a solid punch to BJP in the state. She has already claimed that Narendra Modi won't get another term as Prime Minister - a prediction that BJP leaders have scoffed at.

Why no mechanism to monitor assets of lawmakers: SC to Centre