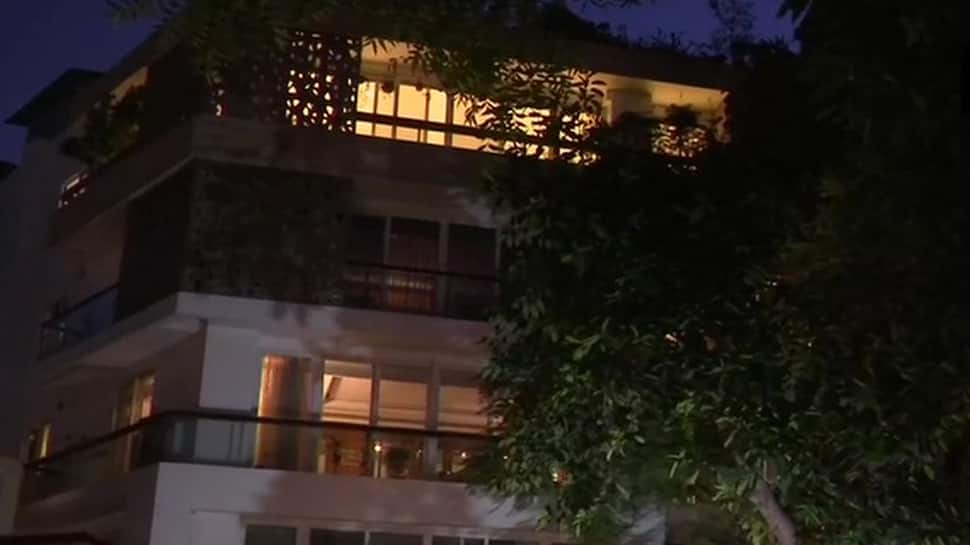 A team of CBI and ED officials reached P Chidambaram's Delhi residence on Tuesday evening but returned after failing to find the former finance minister. The senior Congress had moved the Supreme Court after the Delhi High Court rejected his anticipatory bail plea in the INX Media case.

Chidambaram is likely to be arrested in the case.

Chidambaram and his son Karti Chidambaram are being probed by Enforcement Directorate (ED) and the CBI in the INX Media case.

The CBI has put up a notice outside the residence of P Chidambaram to appear before them in the next two hours.

Delhi: Central Bureau of Investigation (CBI) has put up a notice outside the residence of P Chidambaram to appear before them in the next two hours. Earlier today, Delhi High Court had dismissed his both anticipatory bail pleas in connection with INX Media case. pic.twitter.com/IeEI5IkvGF

CBI reaches Chidambaram's home again. The team took the back route to enter his home.

Indrani Mukherjee, who has now become a government witness, has also named P Chidambaram in her statement.

The ED has received information about Chidambaram's wealth abroad. However, the source via which investments were made, have not been ascertained yet. The ED suspects the money received as a kickback in the INX Media deal was used to purchase property abroad.

However, ED has refused to divulge the details of this new evidence discovered.

Chidambaram is reportedly incommunicado and his mobile phone is switched off, sources tell Zee News.

The CBI had grilled the staff at Chidambaram's residence who informed that the former finance minister had not returned home.

"Preposterous to say prosecution of Chidambaram is baseless, politically motivated and act of vendetta," said the Delhi High Court during hearing on the Congress leader's bail plea. "It is a classic case of money laundering. The twin factors which have weighed to deny pre arrest bail to Petitioner are gravity of offense and evasive replies of the Petitioner to questions put to him while he was under protective cover. Gravity of offence committed in this case justify denial of pre arrest bail."

The team of CBI officers has left from Chidambaram's residence.

P Chidambaram is not present at his residence, sources told Zee News. The Congress leader did not come back home after SC rejected the urgent hearing plea.

A team of Central Bureau of Investigation (CBI) officers arrives at the residence of P Chidambaram. Earlier today, Delhi High Court had dismissed his both anticipatory bail pleas in connection with INX Media case.