The Bharatiya Janata Party (BJP) held its Parliamentary Party meeting in the national capital on Tuesday. 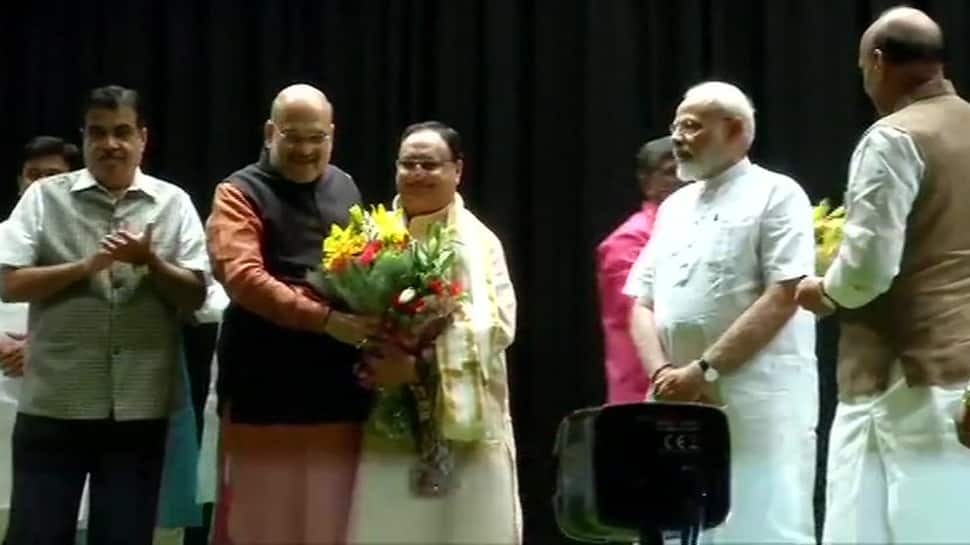 Prime Minister Modi issued several directives to the BJP MPs during the meeting. This was BJP's first parliamentary party meeting under Modi 2.0. The meeting was earlier scheduled to take place last Tuesday, but it was cancelled due to sudden demise of BJP’s Rajasthan unit chief Madan Lal Saini. Usually when Parliament is in session, the BJP parliamentary party meeting takes place every Tuesday.

Stay with us for live updates from Parliament

Speaking in Lok Sabha, UPA chief Sonia Gandhi said: "Pt JL Nehru had termed PSUs as 'temples of modern India'. It hurts to see that most of such temples are in danger today. Despite profits, their employees are not being given salary on time & they've been put in trouble to benefit some industrialists. What which is happening with HAL, BSNL and MTNL is no secret. I urge the govt to protect the modern coach factory in Rae Bareli and other PSUs & give respect to the workers and their families."

BJP MP Rajeev Pratap Rudy said that the PM in the BJP parliamentary party meeting has said that any kind of misbehaviour that brings down party’s name is unacceptable. "PM Modi today conveyed a clear message to all the party members that such behaviour is not acceptable, be it anyone. He said that action should be taken if someone has done something wrong. He also said that it is applicable on everyone," Rudy said.

Speaking at the Parliamentary party meeting, PM Modi spoke of the incident in which BJP MLA Akash Vijayvargiya wielded a bat and assaulted a civic official during an argument with a team of the Indore Municipal Corporation (IMC) over demolition of a dilapidated building in Ganji Compound area last week. Lashing out at the BJP MLA, who is the son of BJP national general secretary Kailash Vijayvargiya, the PM said that such behaviour will not be tolerated. Sources say that he told the BJP leaders that he is not toiling so hard so that people can behave in such a fashion. "Such people should be expelled from the party," he is said to have asserted at the meeting.

BJP's first Parliamentary Party Meeting in the Modi government 2.0 which was underway at the Parliament library building in New Delhi has ended.

All Lok Sabha and Rajya Sabha members of the BJP, including Prime Minister Narendra Modi and Union Home Minister Amit Shah, will attend the first meeting of the BJP parliamentary party under Modi 2.0 today. The meeting was earlier scheduled to take place last Tuesday, but it was cancelled due to the sudden demise of BJP’s Rajasthan unit chief Madan Lal Saini. Usually when Parliament is in session, the BJP parliamentary party meeting takes place every Tuesday.

Union Minister Ashwini Kumar Choubey will move the Bill further to amend the Dentists Act, 1948, be taken into consideration.

Shri Ashwini Kumar Choubey will move the Bill further to amend the Indian Medical Council Act, 1956, be taken into consideration.