Along with the Lok Sabha election, Tamil Nadu voted for 18 Assembly constituencies in the state while Odisha also went to polls on Thursday. 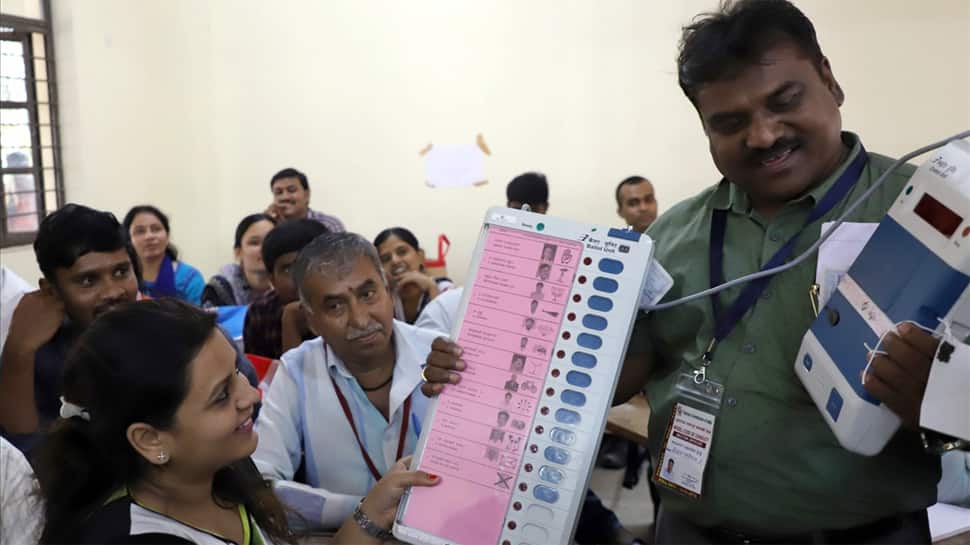 Along with the Lok Sabha election, Tamil Nadu will also be voting for 18 Assembly constituencies in the state on Thursday. Voting will also be held in 35 of 147 assembly seats and five of 21 Lok Sabha seats in Odisha on Thursday.

Voting for the remaining four of the 22 vacant seats will be held on May 19. The bypolls hold great significance for the AIADMK government as they are crucial to keep the two-year-old Palaniswami government, which has a wafer-thin majority, safe. The AIADMK currently has 113 members (excluding the Speaker) while DMK-led alliance has 97 MLAs.

The vacancies in Tamil Nadu were created both by the death of sitting MLAs, including DMK stalwart M Karunanidhi, and the disqualification of ruling AIADMK members in August 2017. The members had revolted against Chief Minister K Palaniswami after he merged his led faction with that of O Panneerselvam, then a rebel leader. As many as 18 MLAs were disqualified by Speaker P Dhanapal then which was later upheld by the Madras High Court.

For the first time, Chief Minister and BJD president Naveen Patnaik will contest the Odisha assembly polls from two seats - Bijepur and his home turf Hinjili. Patnaik is seeking re-election for the fifth consecutive term in the state. He has been winning the Hinjili assembly seat in south Odisha in successive assembly elections since 2000.

Stay with us for live updates

The bypoll to 18 assembly constituencies in Tamil Nadu, held along the Lok Sabha election, saw 67.08 per cent voting percentage.

CEO Surendra Kumar: Odisha has recommended re-polling in booth no. 213 in Sundergarh, booth 129 in Bonai, and booths 210 and 222 in Daspalla assembly constituency due to technical problems in EVM machines and VVPATs.

In the bypolls in 18 Assembly seats in Tamil Nadu, the polling percentage was recorded 42.92 till 1 pm.

Nearly 33 per cent voting was recorded for the five Lok Sabha and 35 Assembly constituencies in Odisha till 1 pm.

Voting on Thursday is being held a day after Naxals gunned down a woman election official, and set ablaze two vehicles and a motor-cycle on way to booths on Wednesday. Both the incidents took place at separate places in the Naxal-hit Kandhamal district, where the red rebels have asked people to boycott elections.

In Odisha, glitches in EVMs caused a delay in the start of polling in around 50 booths in different places under Aska, Sundargarh, Kandhamal, Sundergarh and Bolangir constituencies, EC officials said. "Polling is in progress in a peaceful and smooth manner. There has been no untoward incident anywhere, though glitches in EVMs delayed the start of voting in some places. The snags were immediately corrected," a poll official said.

Political parties appeal voters to exercise their franchise in the election.

Your vote is not only your right, it is your power. Use your power for change & vote for the party that represents unity, justice & equality. #VoteNyayVoteCongress pic.twitter.com/1EUhZHHIvg

Makkal Needhi Maiam chief Kamal Haasan and his daughter Shruti Haasan queued up outside polling station 27 at Alwarpet Corporation School in Chennai to cast their votes. Haasan's party Makkal Needhi Maiam is contesting the polls for the first time in 2019. However, he is not contesting himself on any seat. Haasan had said that he did not contest because there were large number of nominations from almost all the constituencies. He added that there was no cause for worry since all the candidates were his faces. Haasan said that instead of being in the palanquin, he prefers to shoulder it.

After casting his vote, senior Congress leader Chidambaram told reporters: "It is a good day. I have voted for a change of government at the centre and in Tamil Nadu." He also requested the people to vote alike.

Superstar Rajnikanth and Congress leader P Chidambaram were among the early voters who voted in the election on Thursday. Chidambaram's son Karti Chidambaram is contesting the polls from Sivaganga Lok Sabha constituency for which polling is being held on Thursday.

Bypolls in Tamil Nadu are being held due to the vacancies created by the death of sitting MLAs, including DMK stalwart M Karunanidhi, as well as the disqualification of ruling AIADMK members in August 2017. The members had revolted against Chief Minister K Palaniswami after he merged his led faction with that of O Panneerselvam, then a rebel leader. As many as 18 MLAs were disqualified by Speaker P Dhanapal then which was later upheld by the Madras High Court. All the disqualified AIADMK legislators owe allegiance to ousted party leaders VK Sasikala, who has been serving a jail term in Bengaluru in a graft case, and her nephew TTV Dhinakaran, who now heads the Amma Makkal Munntera Kazhagam.