Lt Gen YK Joshi reviewed the security situation and was briefed on the operational preparedness being maintained in the sector. 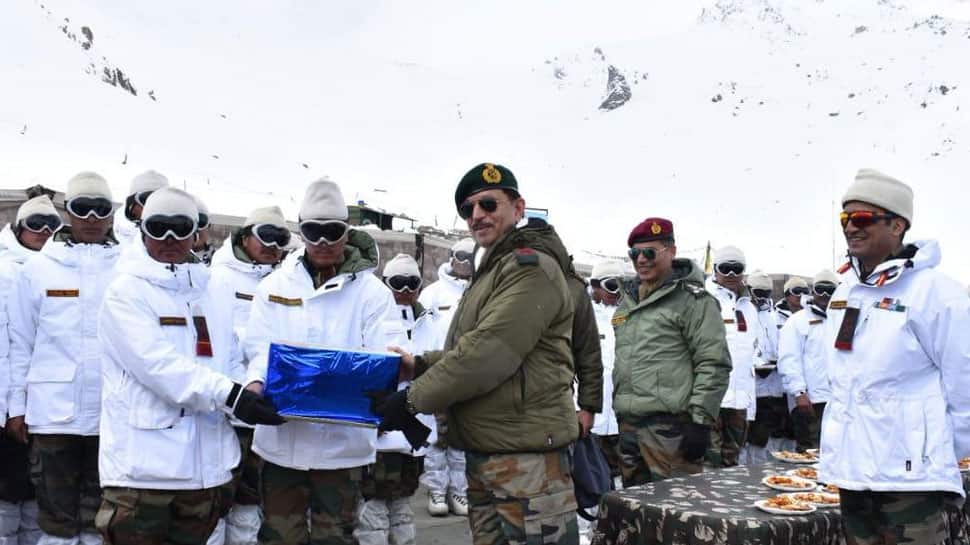 Lt Gen YK Joshi reviewed the security situation and was briefed on the operational preparedness being maintained in the sector.

Lt Gen YK Joshi, General Officer Commanding Fire & Fury Corps visited forward locations in the Siachen sector yesterday. He reviewed the security situation and was briefed on the operational preparedness being maintained in the sector. pic.twitter.com/95fQHtK45g

He met and interacted with troops deployed on the highest battlefield in the world, in extreme weather and highly challenging terrain conditions, for maintaining the sanctity of Indian borders.

Lt Gen YK Joshi appreciated and complimented the troops for their high morale and commitment even in these difficult circumstances and urged them to uphold the highest standards of professionalism of the Army.

On Monday, Northern Army Commander Lt Gen Ranbir Singh arrived in Srinagar for a two-day visit to review the prevailing security situation in Jammu and Kashmir.

"The Army Commander visited hinterland units and formations in South Kashmir and was briefed about the current situation as also the recent counter-terrorism operations," an army official said.

He said the Army Commander complimented the troops for their success in eliminating terrorist leadership from South Kashmir and also commended them for their dedication to duty.

Later in the day, the Army Commander was briefed by Chinar Corps Commander Lt Gen KJS Dhillon at Badami Bagh Cantonment on the prevailing operational aspects, the official said.

"The Army Commander reinforced the need to be fully prepared for the emerging security challenges, lauded the exemplary synergy amongst all security forces and complimented the troops for their relentless efforts and selfless service in bringing peace and tranquillity in the Valley," he added.