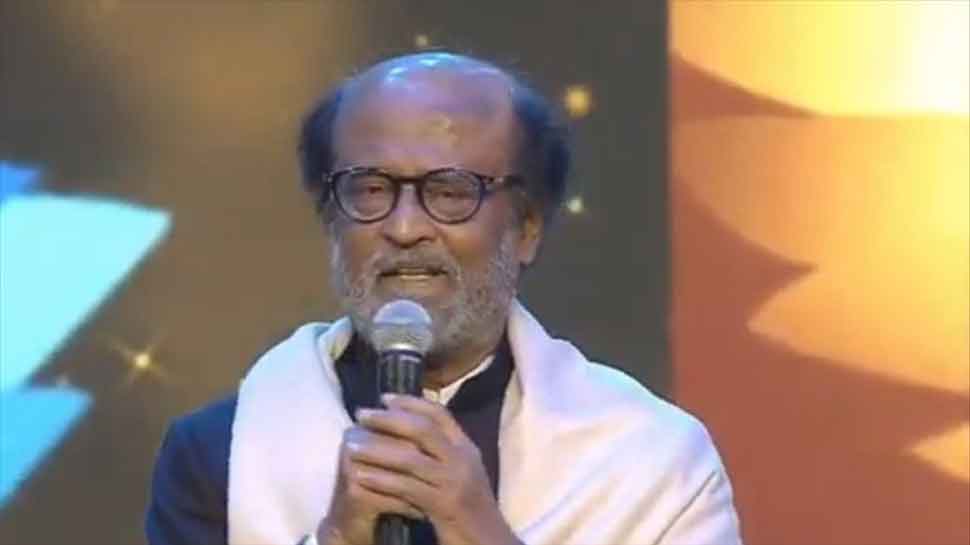 Chennai: In a relief to actor-turned-politician Rajinikanth, the Madras High Court on Friday (January 24) dismissed a petition filed against him over his controversial remarks on rationalist leader E V Ramasamy 'Periyar'. Dismissing the case against the superstar, the court asked the petitioner why wasn't the plea taken to a magistrate court first.

Referring to a High Court judgment which clearly mentioned the procedures to be adopted for approaching the court, he said the petitioner had filed the complaint only on January 18 and without even waiting for the outcome directly approached (the court) for a direction to the police to register a FIR.

The Public Prosecutor further submitted there was no second thought that Periyar was a great leader and an icon of the Dravidian movement and said the actor spoke only on the basis of an article published in a magazine.

Anyhow action will be taken as per law, he added.

After the counsel agreed to do so, the judge recorded the same and dismissed the plea.

In his plea, Umapathy, secretary of Dravidar Viduthalai Kazhagam, alleged that Rajinikanth had made false and fraudulent statements insulting the Dravidian stalwart and followers of Periyar while speaking at the golden jubilee celebrations of Tamil magazine 'Thuglak' here recently.

He contended that "Rajinikanth made false and fraudulent statements insulting Dravidian ideologists and the followers of Thanthai Periyar with an intention to provoke breach of public peace by promoting enmity and hatred among the people of Tamil Nadu in the name of religion."

The petitioner also submitted he filed a complaint with the Triplicane police in the city on January 18 but no FIR had been registered.

Contending the actor's speech clearly attracted Sections 153A, 504 and 505 of the IPC, the petitioner said the police ought to have registered a case.

He submitted the court was moved seeking for a direction to register a case against the actor.

JNU students gets one week's time for registration without late fee