Man shot at in Delhi's Usmanpur over old enmity, incident captured on CCTV

The victim has been identified as Mohammad Hasan, a native of a Bulandshahr village in Uttar Pradesh. He sustained a gunshot injury in his back during the attack. 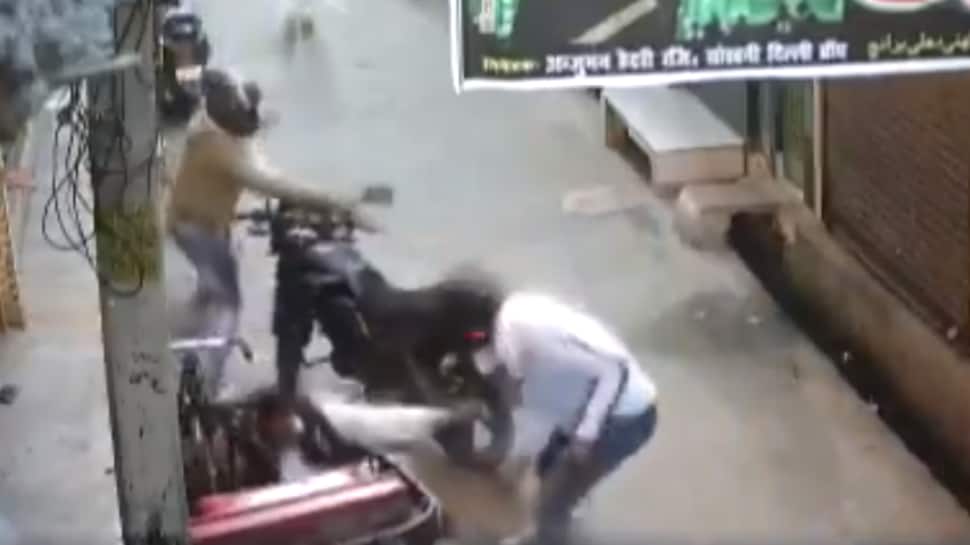 New Delhi: A 56-year-old man was shot at by unidentified gunmen in northeast Delhi's New Usmanpur area on Thursday evening over old enmity.

The victim has been identified as Mohammad Hasan, a native of a Bulandshahr village in Uttar Pradesh. He sustained a gunshot injury in his back during the attack. He was immediately taken to the hospital. Hasan is currently undergoing treatment at Max Hospital, Patparganj.

"The injured was immediately taken to the GTB Hospital from where he was shifted to Max Hospital, Patparganj and is being treated there," police said in a statement, news agency ANI reported.

The incident happened at around 6 pm on Thursday. The attack has also been recorded on CCTV, which shows the accused chasing Hasan and a friend on a bike. One of the accused gets down from the bike and shoots at Hasan and hits him with the gun before fleeing.

During the investigation, it was revealed that both Hasan and the accused were are residents of the same village in Bulandshahr.

A case has been registered and an investigation is currently underway.

Madhya Pradesh: 20 students hospitalised after having mid-day meal in Hoshangabad