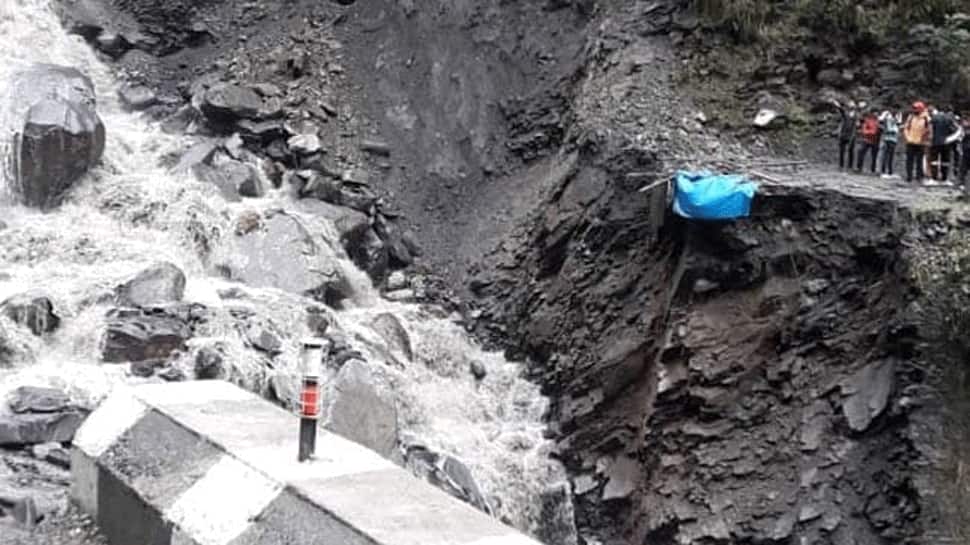 The Manimahesh Lake is one of the chief pilgrimage spots in Himachal Pradesh. The lake is situated at an altitude of 13,000 feet at the foot of the Kailash peak (18,564 ft). Every year, a fair is held at this lake, which attracts thousands of pilgrims who assemble here to take a dip in the holy water.

Another video had surfaced of a car dangerously crossing a makeshift bridge made of iron poles after heavy rainfall in the region damaged the road in Drekari area of Chamba district of the state.

In Shimla district, National Highway-5 in Badhal village was also blocked due to heavy torrential downpour.The situation in Himachal Pradesh may take a turn for the worse as Indian Meteorological Department (IMD) predicted light to moderate rainfall in all the districts.