Last Friday, an Army porter was killed when Pakistani troops continued ceasefire violations for the fourth consecutive day along the LoC in Rajouri and Poonch districts. 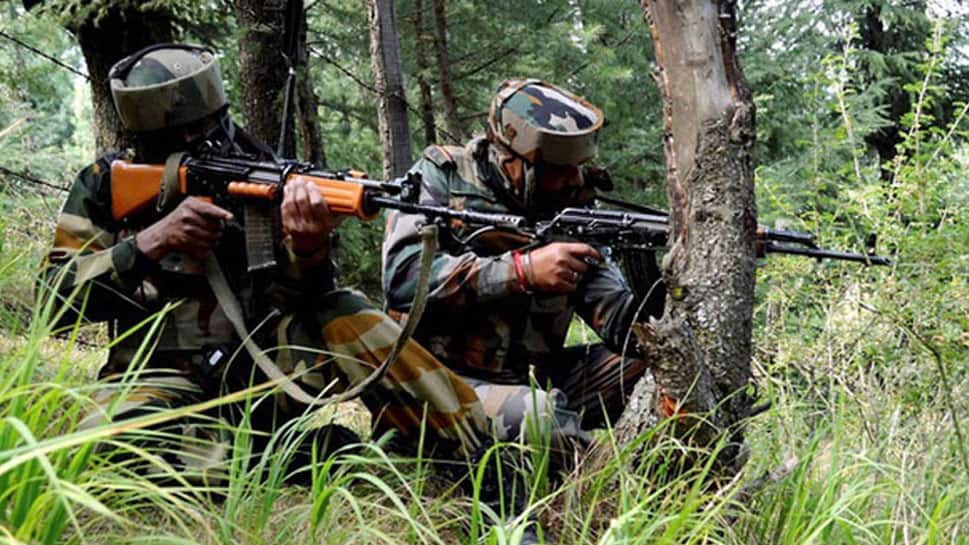 New Delhi: The Ministry of External Affairs (MEA) on Wednesday summoned a Pakistan High Commission official and lodged a strong protest at the death of a civilian in an unprovoked ceasefire violation by the neighbouring country last week.

"Pakistan High Commission official was summoned today and a strong protest was lodged at the death of a civilian in unprovoked ceasefire violation by Pakistan forces on 11 January in Sunderbani Sector," MEA said.

"Our strong concerns were also shared at continued unprovoked firing and ceasefire violations across the LoC and International Boundary. We also protested Pakistan's continued support to cross border terrorist infiltration into India, including supporting cover fire," the Ministry added.

Last Friday, an Army porter was killed when Pakistani troops continued ceasefire violations for the fourth consecutive day along the LoC in Rajouri and Poonch districts of Jammu and Kashmir.

Identified as Hemraj, the Army porter was critically injured when Pakistani troops resorted to unprovoked firing in Sunderbani Sector of Rajouri district. He was provided immediate resuscitation and medical aid but he succumbed to the gunshot wounds.

Pakistan troops also resorted to firing and shelling along the LoC in forwarding areas of the Poonch district, officials said. Indian troops guarding the borderline retaliated strongly, resulting in an exchange of firing on both sides.

The year 2018 had witnessed 2,936 ceasefire violations by Pakistan along the Indo-Pak border, the highest in the last 15 years.

The continuous shelling and firing by Pakistan targeting villages have set in fear psychosis among the border dwellers, officials added.

Pakistani troops resorted to firing and shelling along the LoC in Poonch eight out of ten days of this month.

Despite repeated calls for restraint and adherence to the ceasefire understanding of 2003 for maintaining peace and tranquility at Indo-Pak flag meetings, Pakistan continues to violate the ceasefire.