Vadra was supposed to join the investigation on Tuesday morning. 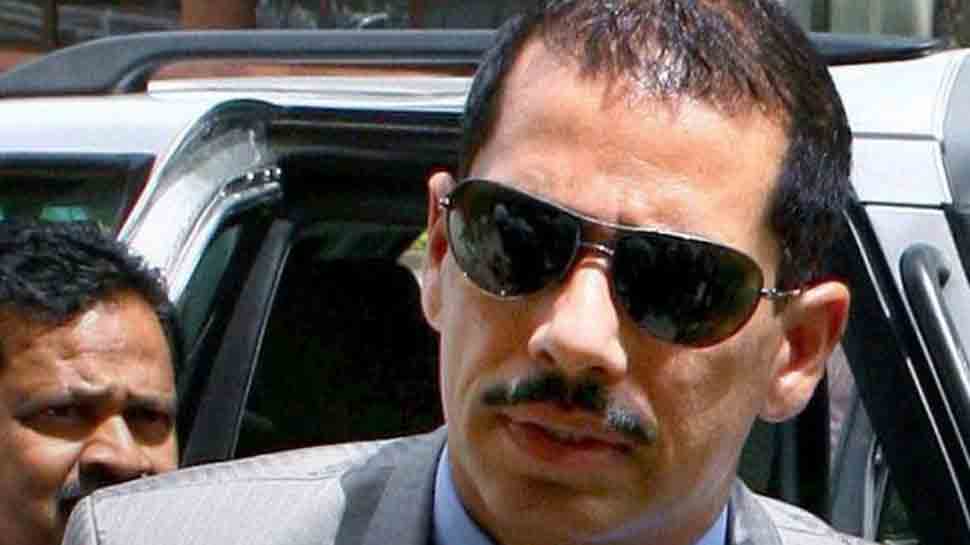 New Delhi: Robert Vadra, who was summoned by the Enforcement Directorate (ED) for questioning in connection with a money laundering case, did not depose before the agency on Tuesday citing poor health.

Vadra was supposed to join the investigation on Tuesday morning. However, his lawyers informed the ED officials that he was unwell and will appear whenever he is summoned again.

Vadra, the brother-in-law of Congress President Rahul Gandhi, has been questioned thrice by the Directorate for over 24 hours in connection with the case on February 6, 7 and 9.

He was also questioned twice by the ED in Jaipur in connection with a Bikaner land deal case.

The ED on Friday attached Rs 4.43 crore immovable property at Vadra`s Sukhdev Vihar house in Delhi. The house was in the name of Vadra`s company Sky Light Hospitality Private Limited.

On February 2, the court had granted Vadra interim bail till February 16 and asked him to join the investigation on February 6.

The ED had lodged a money laundering case against Manoj Arora after his role came up during the Income Tax Department probe into another case under the 2015 anti-black money law involving absconding arms dealer Sanjay Bhandari.

Arora, an employee of Vadra`s Skylight Hospitality, was aware of the latter`s overseas undeclared assets and was instrumental in arranging funds, the ED had alleged.

The London property was allegedly bought by Bhandari and sold in 2010 for the same amount despite incurring additional expenses on the renovation.

On December 7, as part of the investigation, the ED had conducted searches at a number of premises in Delhi-NCR and Bengaluru.