"I appeal to all Samajwadi Party leaders and workers to unitedly fight for Azam Khan and support him in this hour of crisis." 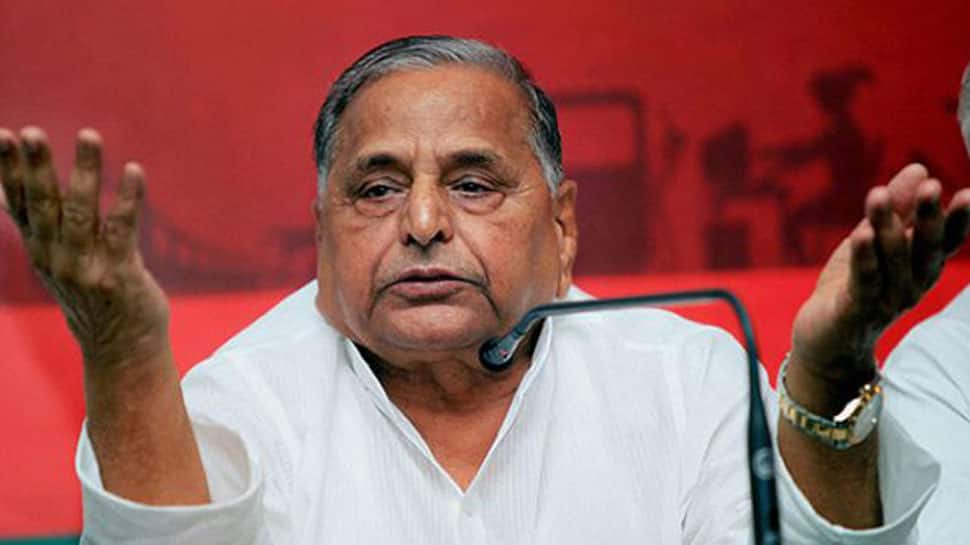 Lucknow: Samajwadi Party (SP) patriarch Mulayam Singh Yadav, on Tuesday, came out strongly in support of his colleague and Mohd Azam Khan and said that the latter was being targeted by some officers and leaders in the BJP government.

Addressing a press conference after a gap of almost three years, Mulayam Singh Yadav announced that he would lead a campaign in support of Azam Khan. The SP patriarch said that he would announce the date of the campaign in a day or two.

"I appeal to all Samajwadi Party leaders and workers to unitedly fight for Azam Khan and support him in this hour of crisis. I have known him for decades and he can do no wrong. Azam Khan comes from a humble background and has struggled to reach where he is," he said.

He said that if the victimization of Azam Khan did not stop, he would meet Prime Minister Narendra Modi on the issue.

Interestingly, Mulayam`s son Akhilesh Yadav was not present at the press conference.

Mulayam`s appeal assumes significance in light of the fact that till now, not a single SP leader has spoken in support of Azam Khan who is facing a slew of cases in Rampur.

Mulayam defended Azam Khan and said that he had `begged` for donations from his friends in the country and abroad to build the Jauhar University which is an institution of excellence. "He may have encroached a few feet of land but he is not an offender," he said.

He further said that some leaders in the BJP also felt that the excesses against Azam Khan would damage the image of the government and the party.

"But it is some officers who are exceeding their brief and targeting the SP MP and the BJP should have intervened in the matter," he said.

Replying to a question, Mulayam Singh Yadav turned emotional and said, "Azam Khan is honest and certainly not `zalim` as he is being called."

He also appealed to the media to highlight the injustice being done to the SP MP.

With Mulayam Singh Yadav coming out openly in support of Azam Khan, the issue is bound to take a political overtone now.

Azam Khan, during the past two months, has been booked in over 78 cases of land grabbing, encroachment, book theft, statue theft and buffalo theft for the Jauhar University.

The police has also demolished a wall of his luxury resort `Humsafar` in Rampur.

Azam Khan`s sister Nikhat Akhlaq was detained for questioning by the police on Friday last since she is the treasurer of the Jauhar Trust.