NCP chief Sharad Pawar stressed that the NCP has its own identity and it will maintain it. He claimed that reports about the merger with the Congress were rumours spread by some journalists. 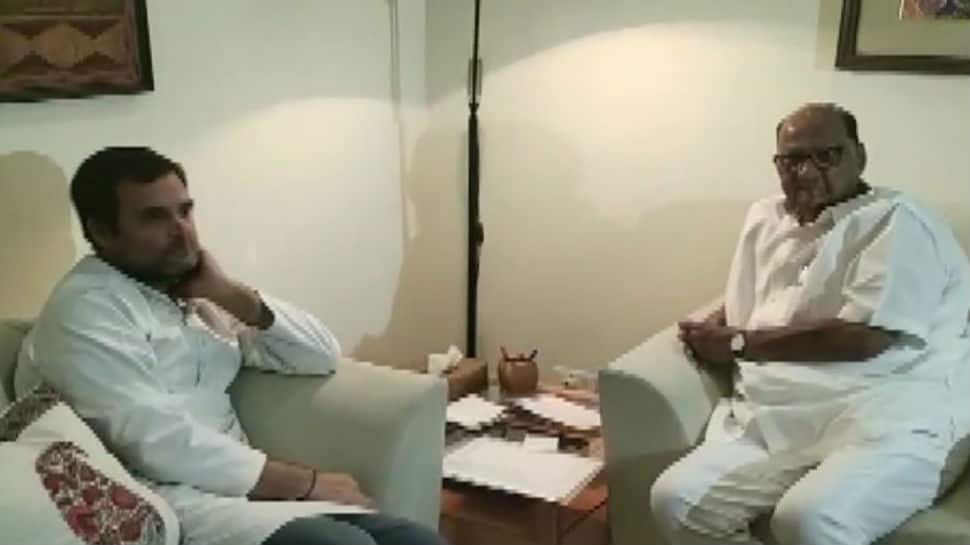 Nationalist Congress Party president Sharad Pawar on Saturday rejected reports that his party was going to merge with the Congress. Pawar made the statement while addressing a meeting of party workers. During the meeting, the veteran leader once again raised the issue of alleged Electronic Voting Machine (EVM) tampering, saying he had always doubted the credibility of EVMs.

The NCP chief had called the meeting to discuss the Lok Sabha results and review preparations for the Maharashtra Assembly polls. Pawar stressed that the NCP has its own identity and it will maintain it. He claimed that reports about the merger with the Congress were rumours spread by some journalists who wanted that NCP should not stay together with our allies. The speculations of Congress-NCP merger started after Congress president met Pawar in New Delhi following BJP-led NDA's thumping victory in the recently Lok Sabha election.

Both the Congress and the NCP performed disastrously in the Lok Sabha election with the Congress winning 52 seats while NCP won just 5 seats. Congress is two short of getting the post of Leader of Opposition in Parliament as a party needs to win at least 10 per cent of Lok Sabha seats to be eligible for the post. So the minimum seats required for the same is 54 as the Lok Sabha has 543 elected members.

It may be recalled that NCP, an offshoot of the Congress was formed in 1999 by Sharad Pawar, PA Sangma, and Tariq Anwar after they had raised over Sonia Gandhi's right to lead the party on account of her foreign origin. The three leaders were expelled from the Congress and they went on to form the NCP. However, the NCP has been part of the Congress-led United Progressive Alliance which is headed by Sonia Gandhi and is seen as a natural alliance of the Congress.