No question of apology over 'Rape in India' remark, says Rahul Gandhi

Congress leader Rahul Gandhi on Friday said that there was no question that he would apologise over his 'Rape in India' remark which triggered massive uproar in Parliament with BJP leader Smriti Irani demanding strict action against the Congress scion in the Lok Sabha. 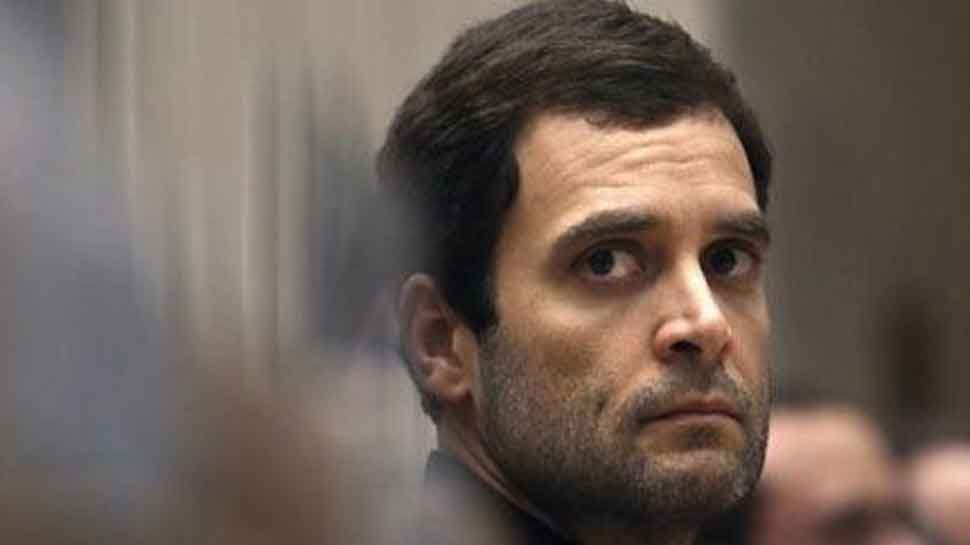 NEW DELHI: Congress leader Rahul Gandhi on Friday said that there was no question that he would apologise over his 'Rape in India' remark which triggered massive uproar in Parliament with BJP leader Smriti Irani demanding strict action against the Congress scion in the Lok Sabha.

Saying that his comment was being made an issue by the BJP "just to deflect attention from the protests in the Northeastern state against the Citizenship Act" Gandhi alleged that he had a clip of Prime Minister Narendra Modi wherein the PM could be heard saying that "Delhi is the rape capital of India."

He further said that the Prime Minister "did not take any action against the accused in the brutal rape cases which came to limelight recently".

"This is the first time in history that a leader is giving a clarion call that Indian women should be raped. Is this Rahul Gandhi's message to the people of the country? He should be punished," Smriti Irani had said in the Lok Sabha as the BJP demanded Gandhi to issue an apology saying that Gandhi had insulted all the women in India.

Union Defence Minister Rajnath Singh also said in the lower House that Rahul's statement had hurt everyone present in the Lok Sabha and demanded an apology from him.

Refusing to apologise, Gandhi later took to microblogging site Twitter and enlisted three issues on which he demanded an apology from PM Modi.

"Modi should apologise. 1. For burning the North East. 2. For destroying India’s economy. 3. For this speech, a clip of which I'm attaching," he tweeted. Gandhi attached a video clip of PM Modi addressing a public rally in supposedly Delhi.

Targetting the Narendra Modi-led NDA government at the Centre over the incidents of rape, Rahul Gandhi on Thursday had said, in an election rally in Jharkhand's Godda, that, "Modi claims 'Beti Bachao Beti Padhao'... but from whom to save the girls? Girls have to be protected from BJP MLAs. You might have heard 'Make in India' but it has become 'rape in India'."