No talks with Kashmiri separatists, at least for now: Defence Minister Arun Jaitley

Defence Minister Arun Jaitley said on Thursday that NDA government would neither compromise with separatists nor with terrorists. 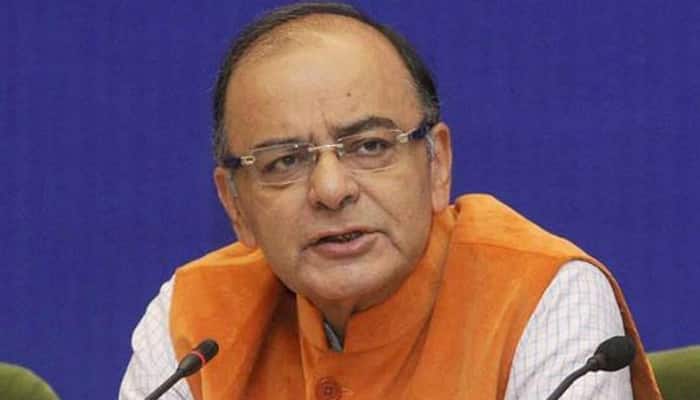 New Delhi: Defence Minister Arun Jaitley on Thursday ruled out any talks with the separatists in Jammu and Kashmir, at least for now.

"In this current atmosphere of violence, we will not hold talks with separatists who are instigating violence. Not for now," he told a TV channel.

Jaitley said the government will definitely talk to the people of Kashmir and would like to address their grievances.

Asked if this included Hurriyat, he said, "I am not saying that."

Jaitley also said the NDA government would neither compromise with separatists nor with terrorists.

"They must realise that their day-to-day life is disrupted by these kinds of elements," he said.

Jaitley also defended Indian Army's Major Leetul Gogoi, who was involved in tying up a Kashmiri man to an army jeep in Budgam as a shield against stone pelters. Gogoi has been awarded the Army Chief's Commendation Card for sustained efforts in counter insurgency operations.

"To deal with a situation of this kind (stone pelting), subsequent political or media reactions can't determine the military strategy. That has to be decided by the officer on the spot. If we are going to cripple our military officers in deciding as to what kind of strategy they must adopt at a given moment then I think we are playing with national security," Jaitley said.

A video, shot on April 9 during the Srinagar by-polls held amid violent incidents, showed a man, later identified as Farooq Ahmad Dar, being tied to the bonnet of an army jeep in Badgam of Jammu and Kashmir to ward off stone pelters.

The video went viral on social media and created an uproar. An FIR was registered by the Jammu and Kashmir police against the security forces.

On April 15, the Army constituted a court of inquiry in the incident, and its final report is pending.

Defending Gogoi, Jaitley said the officer had the responsibility to save the lives of Election Commission officials and Indo-Tibetan Border Police officials as well as the crowd that had gathered.

"Now this officer uses his common sense at that stage and he manages to escape. How should a military officer deal with a situation of this kind? It was his duty to rescue the Election Commission officials and the ITBP," Jaitley said.

"I don't think the officer really can be faulted for that. The other options would have been far worse," he added.