PM Modi will also inaugurate an upgraded ship repair facility of Cochin-Kolkata unit at Netaji Subhas dry dock. He will return to Delhi after the programme. 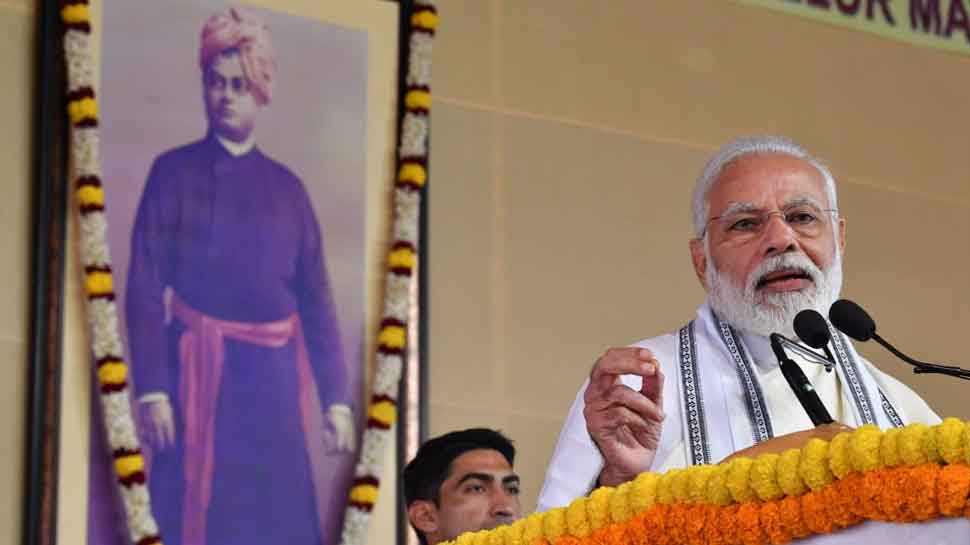 Kolkata: Prime Minister Narendra Modi, who is on a two-day visit to Kolkata, on Sunday (January 12) addressed the youth on the occasion of National Youth Day. The Prime Minister in his speech said that coming to the Belur Math in the city was not less than a pilgrimage for him. He also expressed gratitude to the Math president and the West Bengal government for allowing his stay here.

Here are the excerpts from his speech at Belur Math:

The Prime Minister is also likely to mediate at the temple of Swami Vivekananda today, on the birth anniversary of the monk.

According to reports, the youth conference will kickstart at 9:30 am at Belur Math, after which PM Modi will travel on a ferry on waterways on the river Hooghly and will reach Netaji Indoor Stadium at 11:00 am. He will inaugurate the sesquicentenary celebrations of 150th year of Kolkata Port Trust.

In a short while from now, PM @narendramodi will address youngsters at the Belur Math. pic.twitter.com/ooM6X643M2

PM Modi is also expected to participate in the 'brahmaarti' and spent time with the seers before going to Netaji Indoor stadium.

PM Modi will also inaugurate an upgraded ship repair facility of Cochin-Kolkata unit at Netaji Subhas dry dock. He will return to Delhi after the programme.

The Prime Minister spent Saturday night in the international guest house ar Belur Math, which was turned into a fortress with SPG and state police personnel swarming over the area. He was served 'prasad' comprising five fried dishes, luchi, rice pudding, sweets and fruits after he arrived there riding a launch on the river Ganges. This is Modi's second visit to Belur Math after becoming Prime Minister and first, after taking office in his second term.

PM @narendramodi is at the Belur Math, where he is interacting with respected Saints and seers. pic.twitter.com/mj7hFKHYmE