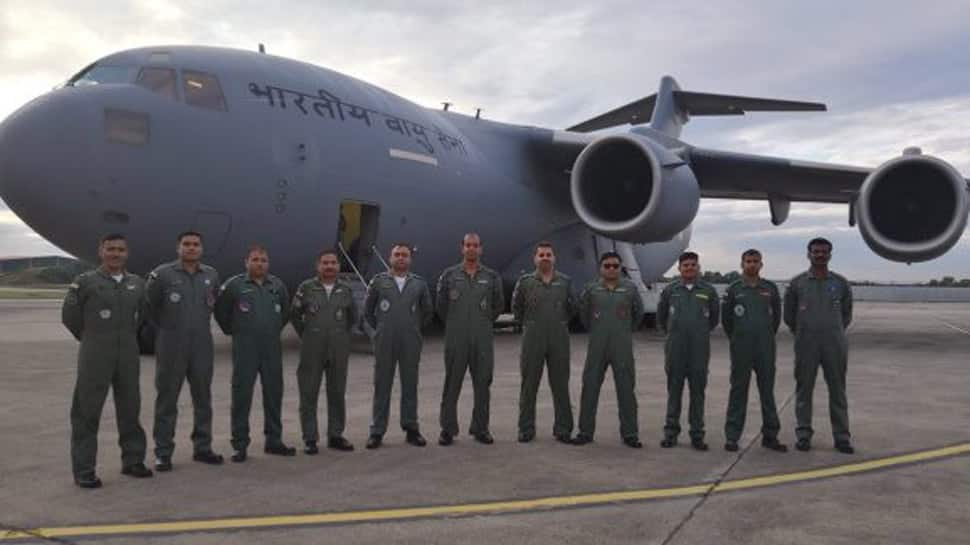 JAMMU: The Indian Air Force (IAF) airlifted over 700 stranded passengers, including students, from Jammu to Srinagar on Monday, a defence spokesperson said.

With this, the IAF has airlifted 1,431 people in the past four days, a defence spokesman said.

Thousands of people were left stranded in Jammu following the closure of the Jammu-Srinagar national highway, the only all-weather road linking Kashmir with the rest of the country, in the wake of heavy snowfall on Wednesday.

The spokesperson said the relief effort has been undertaken jointly by the IAF and civil administration.

"In first sortie, a total of 301 and in the second sortie 406 passengers, including students, were airlifted," he said.

"All the passengers were also provided with food packets by the Jammu-based Tiger Division. The passengers were extremely thankful to the civil administration and armed forces for a great humanitarian relief in the time of dire necessity," the spokesperson said.

As many as 538 persons, including 319 GATE aspirants, were airlifted in separate sorties by the IAF between the twin capital cities of Jammu and Srinagar, a defence spokesman had said on Saturday.

The IAF launched special sorties of C17 Globemaster, airlifting a total of 538 persons, including 319 Graduate Aptitude Test in Engineering (GATE) aspirants, between the twin capitals on Friday and Saturday.

Another group of 186 passengers, mostly the GATE aspirants, were airlifted by the IAF on Sunday.