The former finance minister will be produced before a Prevention of Money Laundering Act (PMLA) court today. 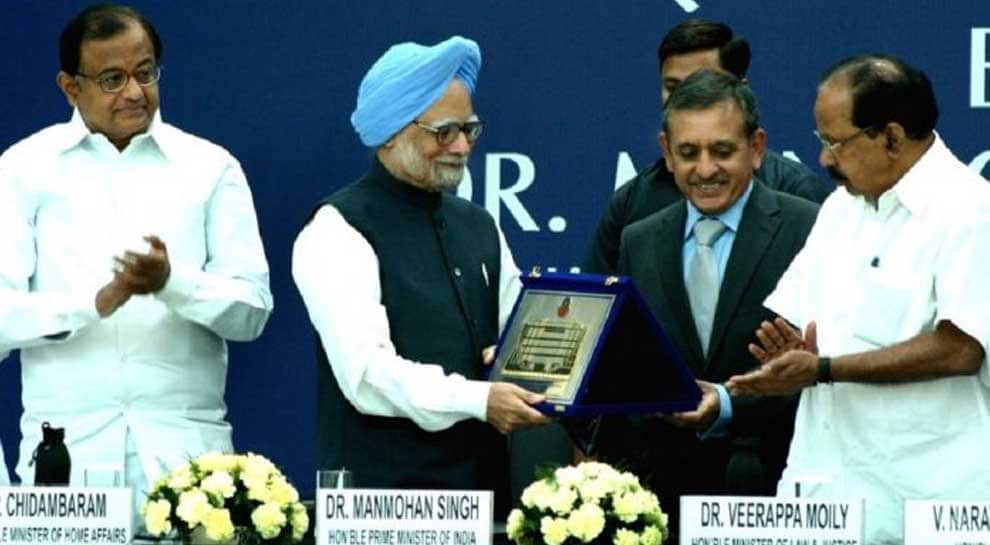 An old image of the inauguration of CBI HQ in 2011
Share:
Written By:

NEW DELHI: Former Union Minister P Chidambaram, who was arrested by the Central Bureau of Investigation (CBI) in connection with the INX Media alleged corruption case, had once inaugurated the headquarters of the central probe agency during his tenure as Home Minister in 2011.

A video footage shared by news agency ANI shows the then Prime Minister Dr Manmohan Singh greeting a gathering and inaugurating the new Central Bureau of Investigation (CBI) headquarters in the national capital on June 30, 2011. P Chidambaram was the special guest during the event.

#WATCH ANI file footage: The then Union Home Minister, P Chidambaram at the inauguration of the new Central Bureau of Investigation (CBI) headquarters in Delhi on June 30, 2011. Chidambaram was arrested by CBI yesterday and brought to this complex. pic.twitter.com/ikuxIzaSyF

Interestingly in 2010, the CBI had arrested BJP leader and now Union Home Minister Amit Shah in connection with the Sohrabuddin Sheikh fake encounter case. Shah was also sent to jail.

Following his dramatic arrest in the INX media case late on Wednesday, Chidambaram was kept at the CBI headquarters. He was reportedly put up in "Lock-up suite 3" of the CBI building. He was arrested from his Jor Bagh house in south Delhi by the CBI officials who even climbed a wall in their attempts to get to him.

The former finance minister will be produced before a Prevention of Money Laundering Act (PMLA) court today.

Ahead of his arrest, the senior Congress leader addressed a press conference during which he said that he had full faith in the judiciary and respected the law of the land. He also accused the Narendra Modi government of a witch-hunt in the INX Media case against him and dubbed the CBI action ''politically motivated.''

He also rejected the charges against him and his son in the INX Media case and said "lies" were being spread by "pathological liars.''

CBI, which had earlier issued a lookout notice against him, rushed to the Congress headquarters to arrest him. But, by then, the Congress veteran and other leaders had left the premises. The CBI team then rushed to his Jor Bagh residence, flanked by the Enforcement Directorate and Delhi Police teams.

Upon reaching there, the CBI officers scaled the wall and jumped inside to arrest Chidambaram after they were denied entry from the main gate.

Supporters of the former Finance Minister raised slogans and tried to stop officials from taking him away. Some of them also blocked the road in protest.