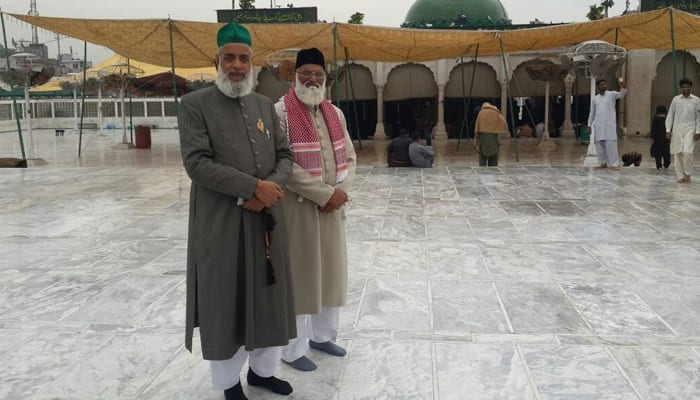 New Delhi/Islamabad: Pakistan on Friday said it has no clue so far about the two Indian clerics, including the 80-year-old head priest of New Delhi's Hazrat Nizamuddin Dargah, who went missing after visiting Lahore`s Data Darbar.

"No clue to the missing Indian priests has been found so far. However, we are pro-actively pursuing this case," Foreign Office spokesperson Nafees Zakaria told PTI.

"We have asked all departments concerned to look into the matter," he said, adding the Foreign Office yesterday received the request of the Indian government to trace the two missing clerics.

However, news agency ANI has quoted sources as saying that Pakistan intelligence agencies are behind the disappearance of Syed Asif Ali Nizami, 80, and his nephew Nazim Ali Nizami.

Meanwhile, the Dargah Committee met today in Delhi's Nizamuddin to discuss the issue.

Earlier, External Affairs Minister Sushma Swaraj said that she has spoken to the Pakistani authorities about the two clerics.

"We have taken up this matter with the government of Pakistan and requested them for an update."

Head cleric Asif Nizami and Nazim Nizami went missing in Pakistan, during their visit to Lahore`s Data Darbar. The clerics have been missing since Wednesday.

According to the family of the clerics, the duo was set to fly to Karachi on Wednesday, and while Asif was allowed to board, Nazim was stopped at Lahore airport on grounds of incomplete documents.

Exchanges between clerics of Nizamuddin Dargah in Delhi, and the Data Darbar are part of a regular tradition.