Passengers say that the airconditioning was shut and even the lights inside the aircraft were not on. 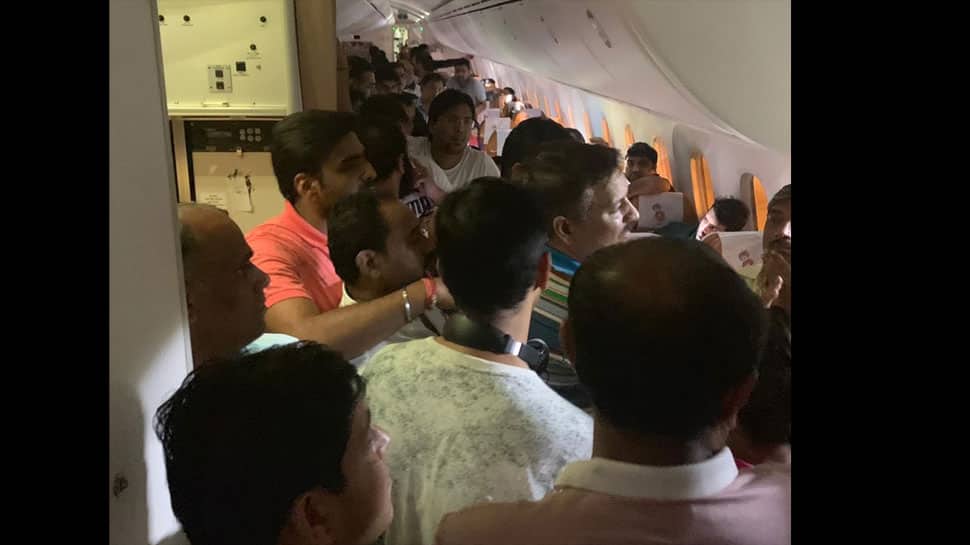 Passengers on board an Air India plane at Shanghai airport took to social media to vent their frustration after the aircraft suffered a delay of over four hours. Without lights or airconditioning, the passengers say they were suffocating inside the plane.

Flight AI 349 to Delhi was scheduled to take off from Shanghai airport at 10 pm (Shanghai time, 7:30 pm IST) but was unable to.

It is reported that the plane had suffered a technical fault but the passengers complained that they were not informed of the reason for the delay. They also claim that they were not allowed to deboard and that despite many children and elderly among them, were forced to sit inside the aircraft minus any airconditioning. There were also no lights inside the plane, they say. "We have boarded in Air India flight number AI 349 at Shanghai Airport. Since 3.30 hours ....no lights no air conditions.....due to technical snag in airline......so much suffocation..passengers are getting suffocated.....no solution since 3.30 hours," said Navin Kyal, one of the passengers on board.

While delaying takeoff due to technical snags is a common safety procedure in international aviation, keeping passengers inside an aircraft - especially with no airconditioning - does result in not just inconvenience but also health hazards. Aviation experts say that airlines tend to not allow passengers to deboard in such situations because of reasons ranging from the hassle of getting them security screened to the possibility that the departure terminals are crowded. In case technical faults are fixed, bringing back passengers could result in additional time delays.