The Commanding Officer (CO) of 46 Assam Rifles Colonel Viplav Tripathy, his wife and 8-year-old son and four soldiers were killed in an ambush by militants near the India-Myanmar border in Manipur. 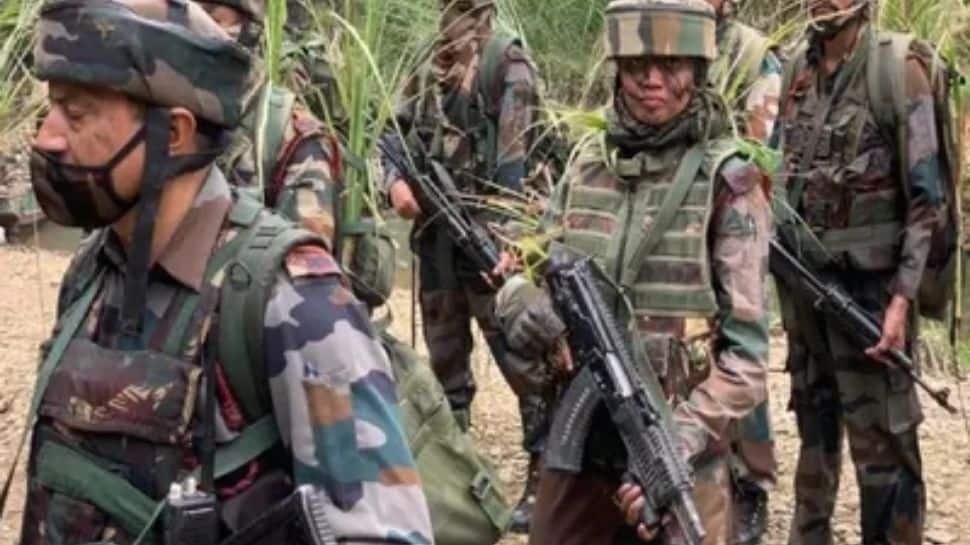 New Delhi: People’s Liberation Army Manipur and the Manipur Naga People’s Front (MNPF) have claimed responsibility for the ambush that killed seven people including the Commanding Officer of an Assam Rifles unit on Saturday (November 13).

In a joint statement, the two proscribed militant organisations claimed they carried out the attack on the paramilitary force at Sehkan village in Churachandpur district.

Earlier today, the Commanding Officer (CO) of 46 Assam Rifles Colonel Viplav Tripathi, his wife and 8-year-old son and four soldiers were killed in an attack by militants near the India-Myanmar border in Manipur. 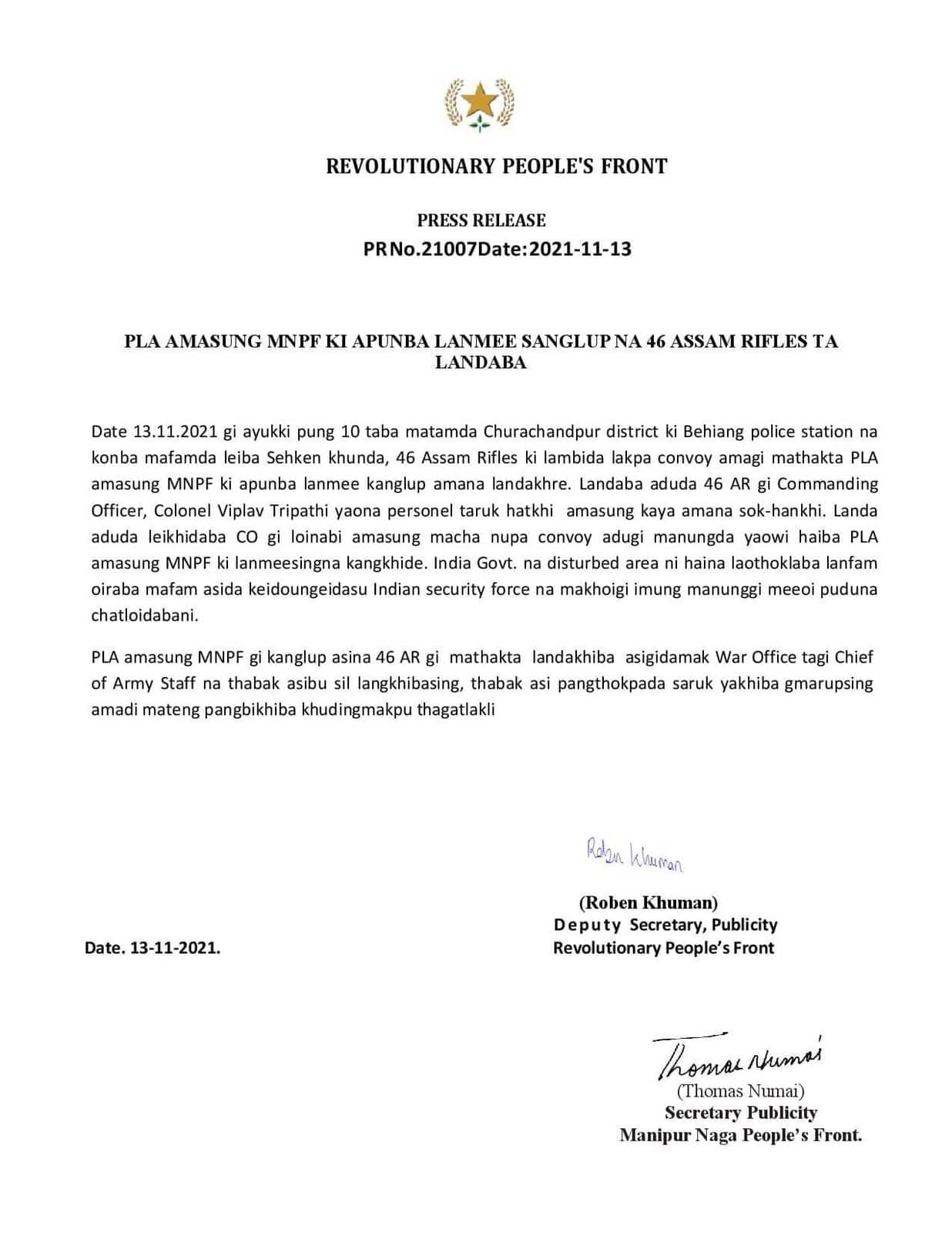 Tripathi's convoy was ambushed at Sehkan village in Churachandpur district in a fresh eruption of militant violence in the state.

There were blasts from Improvised Explosive Devices (IED) before the Assam Rifles personnel engaged the militants in a gunfight, PTI reported. Besides 7 people who were killed including CO Tripathi, four other soldiers were injured in the attack that took place around 10 am on Saturday near S Sehken village under Behiang police station, the Indian Army informed.

"Five soldiers including Col Viplav Tripathi Commanding Officer of 46 Assam Rifles have made the supreme sacrifice in the line of duty," the official statement of Director General, Assam Rifles said, as per ANI.

Vice President  M Venkaiah Naidu wrote on Twitter, "Deeply anguished by the martyrdom of five brave soldiers of Assam Rifles, including a Commanding Officer and two of his family members in Manipur today. My condolences to the bereaved family members. Strongly condemn this heinous act of terrorism."

Congress leader Rahul Gandhi slammed the Modi government over the terror attack in Manipur, alleging the incident "once again proves" that it is incapable of protecting the nation. "The terrorist attack on the army convoy in Manipur once again proves that the Modi government is not capable of protecting the nation. My condolences to the martyrs and condolences to their families. The nation will remember your sacrifice," he said in a tweet in Hindi.

West Bengal Chief Minister Mamata Banerjee condemned the attack and tweeted, "I strongly condemn the dastardly attack by militants on a convoy of 46 Assam Rifles in Manipur. It pains me to learn that we have lost five brave soldiers, including the CO and his family members. Heartfelt condolences to the bereaved families. The entire nation awaits justice!"