Rahul Gandhi tweeted, "The terrorist attack on the army convoy in Manipur once again proves that the Modi government is not capable of protecting the nation." 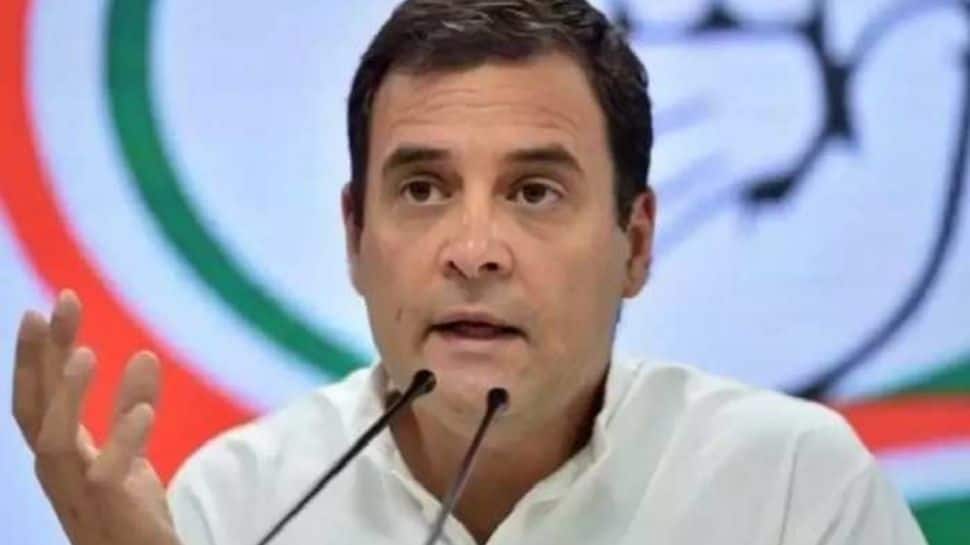 New Delhi: Congress leader Rahul Gandhi on Saturday hit out at the Modi government over the terror attack on a convoy of Assam Rifles in Manipur, alleging the incident "once again proves" that it is incapable of protecting the nation.

He also sent his condolence to the families of those who lost their lives in the attack.

"The terrorist attack on the army convoy in Manipur once again proves that the Modi government is not capable of protecting the nation. My condolences to the martyrs and condolences to their families. The nation will remember your sacrifice," he said in a tweet in Hindi.

The Commanding Officer of Khuga Battalion of Assam Rifles Colonel Viplav Tripathi, his wife and son, besides four personnel of the paramilitary force were killed in the ambush in Manipur on Saturday morning, in a fresh eruption of militant violence in the border state.

Other Congress leaders, including Ashok Gehlot and Jairam Ramesh, also condemned the attack and demanded action against those behind it.

"This is absolutely shocking and deeply saddening! Hope those responsible will be brought to justice soon," said former union minister Jairam Ramesh.

Tripathi's convoy was targeted at Sehkan village in Churachandpur district by suspected militants of the People's Revolutionary Party of Kangleipak (PREPAK), a militant group in Manipur demanding a separate homeland.

There were blasts from Improvised Explosive Devices (IED) before the Assam Rifles personnel engaged the militants in a gunfight.