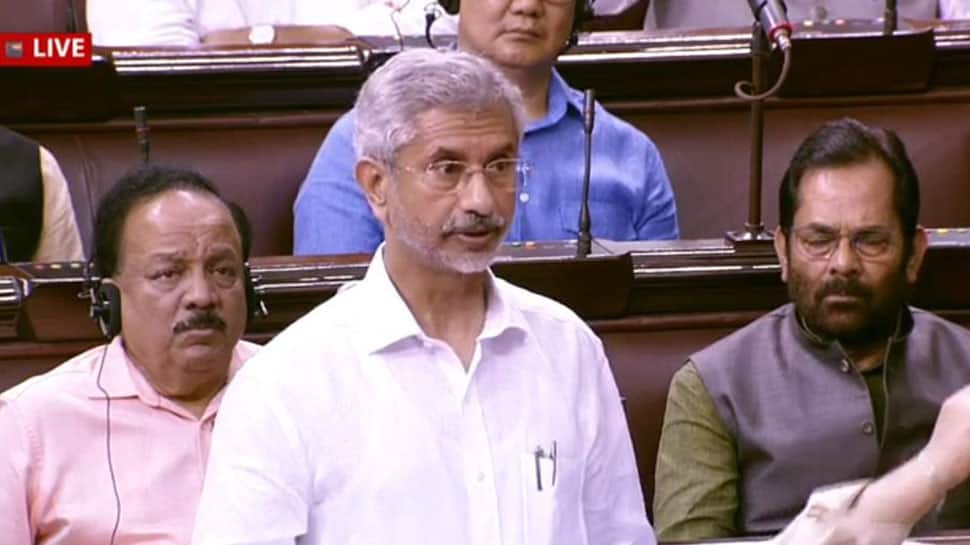 NEW DELHI: Amid a massive uproar in both houses of Parliament over US President Donald Trump's claim that Prime Minister Narendra Modi has sought his help to “mediate” in the Kashmir issue, External Affairs Minister Jaishankar categorically rejected US' statement.

“I would like to categorically assure the House that no such request has been made by PM Modi,” Jaishankar told the Rajya Sabha Tuesday.

“It has been India's consistent position that all outstanding issues with Pakistan are discussed only bilaterally. Any engagement with Pakistan would require an end to cross-border terrorism," the External Affairs Minister said.

"The Shimla Agreement and the Lahore declaration provide the basis to resolve all issues between India & Pakistan bilaterally," EAM in Rajya Sabha.

The Shimla Agreement, signed by former PM Indira Gandhi and former Pakistan President Zulfikar Ali Bhutto on July 2, 1972, undertook to abjure conflict and confrontation which had marred relations between India and Pakistan in the past. The agreement was signed after the 1971 war that led to the independence of Bangladesh, earlier known as East Pakistan. The agreement contains a set of guiding principles, which were agreed upon by the two nations, emphasising on respect for each other's territorial integrity and sovereignty, non-interference in each other’s internal affairs etc.

In the Lahore Declaration, signed by late PM Atal Bihari Vajpayee and ex-Pakistan Prime Minister Nawaz Sharif on February 21, 1999, an understanding was reached towards the development of atomic arsenals and to avoid accidental and unauthorised operational use of nuclear weapons between India and Pakistan.

A major furor erupted after US President Donald Trump made a stunning claim that PM Modi asked him to “mediate” in the longstanding dispute between Pakistan and India over the Kashmir on Monday. India immediately rejected it, with Foreign Ministry spokesperson Raveesh Kumar strongy denying the claim and asserted that "no such request has been made" by PM Modi.

US Congressman Brad Sherman reacted on Trump's claim and said that everyone who is aware of South Asia's foreign policy knows that India has always opposed the mediation by any third-party in Kashmir. "Everyone who knows anything about foreign policy in South Asia knows that India consistently opposes third-party mediation in Kashmir," Sherman tweeted.

US in damage control mode over Trump’s remark, says Kashmir a bilateral issue between India and Pakistan