Prime Minister Narendra Modi on Thursday launched the Matsya Sampada Yojana for sustainable development of fisheries sector nduring which he said that villages should become pillars of ‘Atmanirbhar Bharat'. 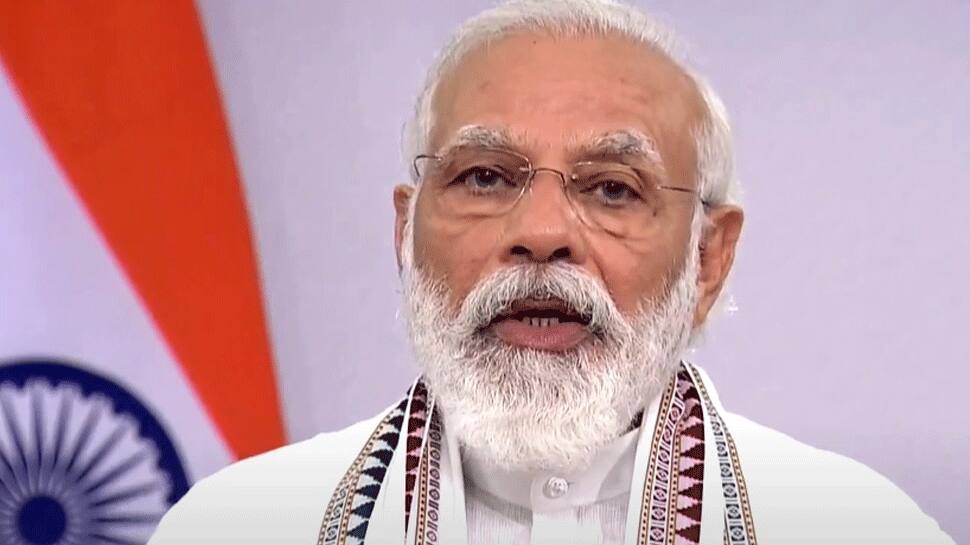 New Delhi: Prime Minister Narendra Modi on Thursday launched the 'Matsya Sampada Yojana' for the sustainable development of the fisheries sector during which he said that villages should become pillars of ‘Atmanirbhar Bharat'.

The Prime Minister also launched the e-Gopala App for farmers along with several other initiatives in the fisheries and animal husbandry sectors in Bihar.

“People engaged in pisciculture will benefit largely from this scheme. It is our aim that in the next 3-4 years we double our production and give the fisheries sector a boost,” PM said.

The PM said that villages should become the pillars of "Atmanirbhar Bharat" which will enrich the villages further and strengthen them.

The Prime Minister made these remarks on the occasion of the digital launch of the Pradhan Mantri Matsya Sampada Yojana (PMMSY).

"Pradhan Mantri Matsya Sampada Yojana has been set with this goal in mind. Today the scheme is being launched in 21 states of the country. Over 20 thousand crore rupees will be spent on this in the next 4-5 years. Out of this, work worth Rs 1,700 crores is being started today," he added.

The Prime Minister further said that with the establishment of pisciculture facilities in various places in Bihar, fish producers will get new markets for their produce.

"In Patna, Purnia, Sitamarhi, Madhepura, Kishanganj and Samastipur many facilities have been inaugurated and the foundation stone laid. With this, fish producers will get new infrastructure, modern equipment, new markets will also be available," he said.

"Keeping in mind the trade of fish in every part of the country, in the sea and riverine areas, for the first time such a big plan has been made in the country. After independence, many times more investment is being made on the Prime Minister`s Matsya Sampada Yojana," he added.