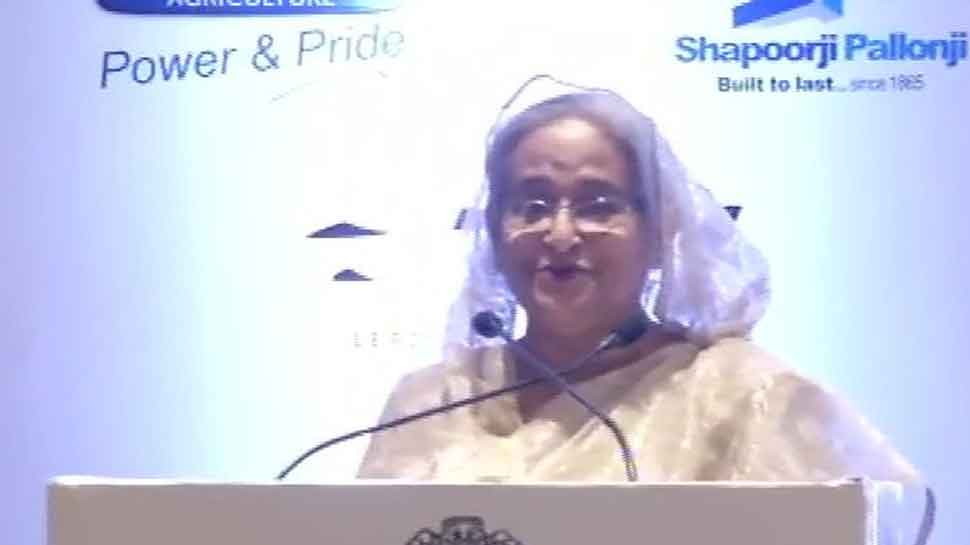 "Pyaaz se thoda dikkat ho gaya hamare liye. Mujhe maloom nahi kyun aapne pyaaz bandh kar diya? Thoda sa notice agar dete toh dusre jagah se laa sakte the. Maine cook ko bol diya ab se khana mein pyaaz dalna bandh kardo. Aage se agar kisi bhi iss tarah aisa kuch karna hai, toh hume thoda sa pehle bata dena," (We have been slightly inconvenienced with the ban on onion. I don`t know why did you stop this? If you had given a notice to us, we could have got it from somewhere else. I have instructed my cook not to put onion while preparing food. If you want to do such a thing, then do let us know at the earliest), Hasina said in a light-hearted manner while speaking at the India-Bangladesh Business Forum.

The Bangladeshi leader said that her country was a little inconvenienced after the ban on onion export.

Her hilarious comments in Hindi on the onion export ban left the audience in splits.

In order to contain the rising onion prices across the country, the Union Ministry of Commerce and Industry on September 29 amended export policy of onion from free to prohibited, which amounts to banning of all varieties of onions from export, with immediate effect.

In view of the sustained high price of onions in the market, a stock limit of 100 quintals on retail traders and 500 quintals on wholesale traders has been imposed across the country.

The Centre has asked the state governments to enforce the stock limits "strictly" and carry out anti-hoarding operations against unscrupulous traders by organising raids.

The move was expected to curb onion exports and bring down the prices of onions in the domestic market.