Rahul Gandhi's earlier visit to Wayanad was cancelled due to flood situation in his Lok Sabha constituency. 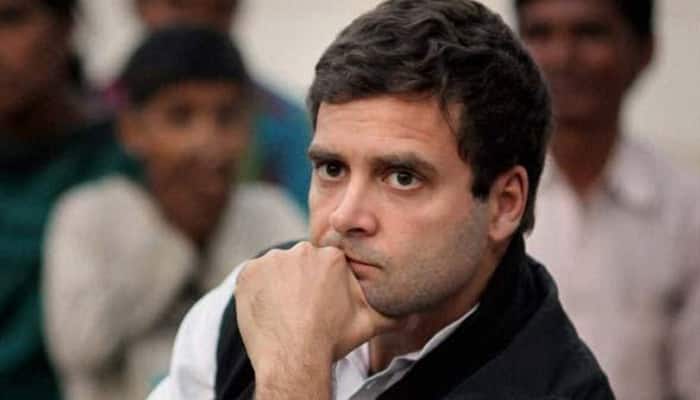 Congress leader Rahul Gandhi will on Sunday visit his constituency Wayanad in Kerala, which is battling incessant rains and floods, reported news agency ANI. As many as 28 people have died due to incessant rains and overflowing of rivers in several parts of Kerala.

On Thursday, a landslide was reported from Wayanad wherein casualties were feared.

The Congress leader’s earlier visit to Wayanad was cancelled. Taking to microblogging site Twitter, Rahul had said that he had cancelled his visit on the advice of officials. He was told that his presence would disrupt relief operations.

“The people of Wayanad, my Lok Sabha constituency, are in my thoughts & prayers as they battle raging flood waters.  I was to travel to Wayanad, but I’ve now been advised by officials that my presence will disrupt relief operations. I’m awaiting their OK to travel,” the Congress leader had tweeted on Thursday.

Rahul said that he had held discussions with Kerala Chief Minister Pinarayi Vijayan to draw his attention towards the situation in Wayanad.

Seeking assistance for his Lok Sabha constituency, he had tweeted, “I request Congress workers & leaders, citizens & NGOs working in Kerala to help with relief operations in flood hit areas of Wayanad. I hope the State Govt will release a generous financial rehabilitation package to help those who’ve been impacted by the floods.”

The Gandhi scion has said that he would reach out to Prime Minister Narendra Modi as well to seek Centre’s assistance.

“The flood situation in my parliamentary constituency, Wayanad is grim. I’m monitoring the situation closely & have spoken to the Kerala CM and key Govt officials to expedite relief.  I will be reaching out to PM Modi as well to brief him & request Central Govt. assistance,” he tweeted.

According to the Kerala Disaster Management Authority, more than 22,000 people have been evacuated to safety and are lodged in 315 camps across the state. Rescue operations are underway by the National Disaster Relief Force (NDRF), Army and the local police.