The capital is expected to witness intense spells of rain and thundershowers with isolated hailstorm activity for the next two days. 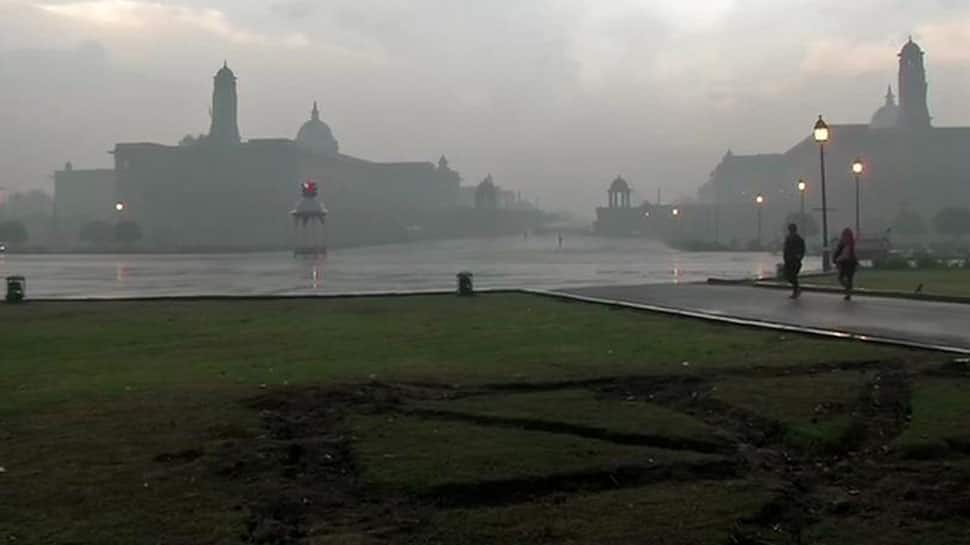 People in Delhi woke up to light rain on Thursday as the capital and its surrounding areas such as Noida, Gurugram and Faridabad witnessed gusty winds and thunderstorm owing to an intense western disturbance over Northern India.

The capital is expected to witness intense spells of rain and thundershowers with isolated hailstorm activity for the next two days.

"Light scattered rains are expected to continue over the national capital region till February 15. By February 16, the weather systems will move towards east India giving rain in Uttar Pradesh," said Skymer, a private weather forecasting agency.

"As a consequence of the rainfall activity, maximums in Delhi and its adjoining areas will drop by 2 Degree Celsius to 4 Degree Celsius, while the maximums will again start increasing February 16 onwards," it added.

According to Centre-run System of Air Quality and Weather Forecasting And Research (SAFAR), apart from rain, a thick blanket of smog has also engulfed Delhi on Thursday as the air quality has plummeted to the very poor category with air quality index 323 in the morning.

At Lodhi road, the AQI (Air Quality Index) was 315 with PM (Particulate Matter) 2.5 at 8 am. In the Ayanagar area, the air quality also dipped to the very poor with 309. Also in capital`s famous locality Mathura road which also has Purana Qila, the AQI fell to 328 with PM 2.5.

In addition, due to fog, as many as 10 trains were rescheduled after getting delayed by at least by 2 hours. Delhi, which is home to approx 19 million people, is reeling under the menace of air pollution from the past couple of years. The region faced a major air quality crisis in 2018 as pollution levels shot through the roof and even forced the shutdown of schools.

Moreover, Delhi Chief Minister Arvind Kejriwal had described the capital as a "gas chamber" and local administration was compelled to declare a public health emergency.