Singh also warned Pakistan against promoting cross-border terrorism in the wake of developments in J&K. 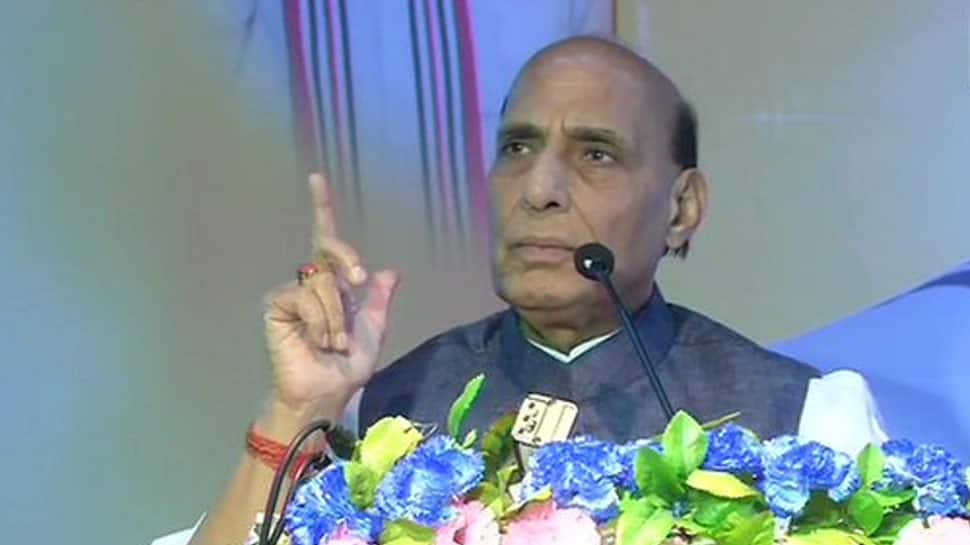 Patna: Defence Minister Rajnath Singh on Sunday warned Pakistan and asked it not to ''repeat mistakes of 1965 and 1971” otherwise ''no power in the world will able to save the neighbouring country from disintegrating further.''

“They should not commit the mistake of repeating 1965 and 1971. If they repeat it, then they should think what will become of Pakistan Occupied Kashmir...Human rights violations are committed against Balochs and Pashtuns there. If it continues, no power in the world will be able to protect Pakistan from disintegrating further,” Rajnath Singh said.

Defence Minister: If they (Pak) repeat it, then they should think what will become of Pakistan Occupied Kashmir...Human rights violations are committed against Balochs&Pashtuns there. If it continues,no power in will be able to protect Pak from getting further divided into pieces https://t.co/KaWhOgmaFt

Singh made these remarks while addressing the “Jan Jagran Sabha” (public awareness meet) organized by the BJP in Patna, Bihar.

At the event, where other senior party leaders also spoke on the Narendra Modi government's move to strip Jammu and Kashmir of its special status, the Defence Minister said Article 370 was like a "cancer" which was ''bleeding the state.''

Hailing the government's Kashmir move, the Home Minister said, ''More than three-fourths of J&K population was in favor of abrogation of Article 370.''

"The BJP had never softened its stance on Article 370, irrespective of whether it was at the helm or not. Its abrogation has proved that the party is honest and credible," Singh added.

The veteran BJP leader also warned Pakistan against promoting cross-border terrorism in the wake of developments in J&K.

Addressing the gathering, Singh said, "We had always advocated for the abrogation of Article 370 and we fulfilled our dream after 72 years of independence. The first Prime Minister Jawaharlal Nehru had said that Article 370 was a temporary provision and would die its own death. But it stayed for 69 years. It was the leadership of Narendra Modi which brought Article 370 to an end."

The Defence Minister further said that the terrorism that spread in Jammu and Kashmir was because of Article 370. Around 41,500 people have lost their lives after independence because of the scourge of terrorism. Around 5,500 security personnel have died there in the line of duty.

"Talks with Pakistan will henceforth resume only after it stops promoting terrorism. And the country must keep in mind that Jammu and Kashmir is an integral part of India and discussion can only take place about Pak-occupied Kashmir," he added.

"The communal political parties accuse us of being communal. They should look within. We always practice what we preach. Our party is a unique party in the entire world which stood on its ideology and accomplished what we envisioned," Singh said.

Singh went on to promise that Jammu and Kashmir will be entirely transformed within five years and will come to be known as the ''paradise on earth'' again.