Prakash Raj suggested that journalists must visit Ayodhya in Uttar Pradesh and see how people in the holy town are “living on streets”. 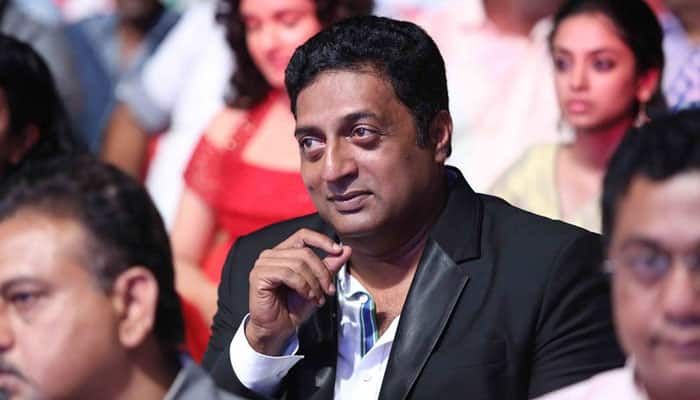 Critically-acclaimed actor Prakash Raj, who has decided to contest the 2019 Lok Sabha election, on Friday took a veiled dig at the Bharatiya Janata Party (BJP), saying that “politics of Ram Mandir is being played in air-conditioned room of Delhi and Lucknow”.

Prakash Raj, however, did not name the BJP while making the remark. Speaking to mediapersons, he further suggested that journalists must visit Ayodhya in Uttar Pradesh and see how people in the holy town are “living on streets”.

“Politics of Ram Mandir is being played in AC rooms of Delhi and Lucknow. I challenge media to visit Ayodhya and see how people there are living on streets. Is this the Ram Rajya they want to bring?” said the actor-turned-politician.

The scathing attack by the actor, who is popular in the southern film industry as well as Bollywood, comes just days after he announced his political debut. Prakash Raj has decided to contest the 2019 Lok Sabha election from Bengaluru Central constituency.

A critic of Prime Minister Narendra Modi, Prakash Raj had announced that he would enter politics on January 1, 2019. While announcing his political debut, the actor had given a slogan – “abki baar Janata ki Sarkar (This time, it will be the government of people)”.

“2019 PARLIAMENT ELECTIONS. Thank you for the warm and encouraging response to my new journey.. I will be contesting from BENGALURU CENTRAL constituency KARNATAKA as an INDEPENDENT..will share the Details with the media in few days (sic),” he had posted on microblogging site Twitter.

The actor-cum-politician is likely to contest against BJP's PC Mohan, who has held the Bengaluru Central seat since 2009. Prakash Raj is the third prominent actor after Rajnikanth and Kamal Haasan to enter politics in the last one year.

He is known for his anti-BJP stance and has been vocal in seeking justice for his friend and journalist Gauri Lankesh, who was shot outside her residence in September 2017.