Robert Vadra's lawyers have said that ED officials have not asked his mother - Maureen - to come back. 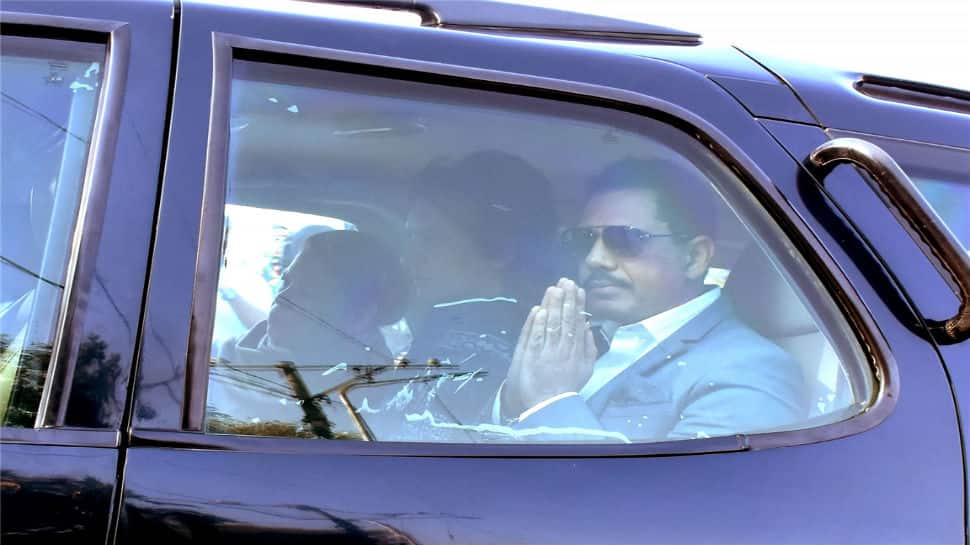 The questioning will resume at 10.30 am Wednesday, his lawyers said.

His mother Maureen was also questioned for some time, but Vadra remained at the ED's zonal office till about 8.30 pm, except for a lunch break during which he was allowed to leave the premises for an hour.

AICC general secretary Priyanka Gandhi Vadra dropped Vadra and his mother off at the ED office, taking time off from her four-day Uttar Pradesh trip in a show of solidarity with her husband.

Congress workers shouted slogans when Vadra arrived for the questioning and when he left for his hotel at night.

"The interrogation lasted for nearly nine hours. He has given answers to the questions from the ED officers. He will once again appear before the ED zonal office in Jaipur at 10.30 am," Vadra's lawyer Suman Jyoti Khaitan told reporters.

Vadra's lawyers said his mother has not been called for questioning as she is not keeping well. She has, however, assured full cooperation in the probe, they said.

On Facebook, Vadra accused the Narendra Modi government of being vindictive ahead of the Lok Sabha elections, and putting his mother through harassment.

This was Vadra's first appearance before the ED in Jaipur in connection with charges of money laundering through land deals made by a company linked to him. Vadra was asked by the Rajasthan High Court to cooperate with the agency.

His Jaipur appearance follows soon after he faced ED questioning for three days in Delhi on a different set of charges relating to property allegedly purchased in London.

Vadra and his mother reached the ED's zonal office at Bhawani Singh Road, amid tight security.

In the Bikaner case, the agency had summoned Vadra thrice but he failed to appear before it.

The Rajasthan High Court asked him and his mother to cooperate with the agency after they approached it, seeking directions that no coercive action is taken against them by the ED.

The ED had registered a case in connection with the deal in 2015, taking cognisance of a clutch of FIRs and chargesheets filed by the Rajasthan police after the Bikaner tehsildar complained about alleged forgery in land allotment.

It is understood that the agency wanted to question him on the operations of Skylight Hospitality Private Limited, allegedly linked to him, which purchased land in the area.

It also wanted to confront Vadra with the statements of those said to be linked to him.