The RSS chief said that the Hindus could not wait "till eternity" for the court's decision on the Ram temple. 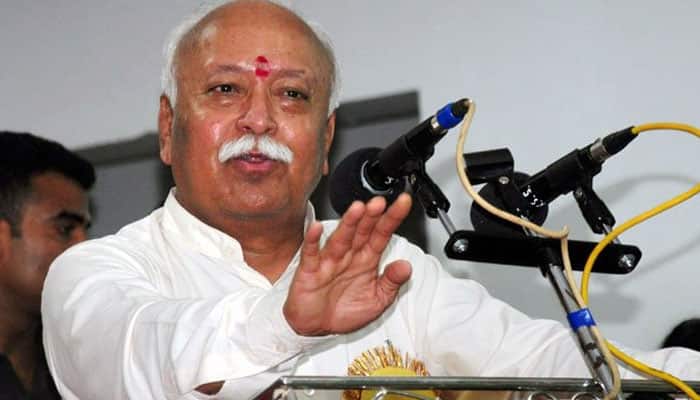 NEW DELHI: RSS chief Mohan Bhagwat on Wednesday asserted that only a Ram temple will be constructed in Ayodhya.

His comments came a day after Prime Minister Narendra Modi suggested that any decision on an ordinance on the Ram temple could only be taken after the completion of the judicial process, but stressed that the Centre was ready to make all efforts to fulfill its responsibility.

Earlier in the day, the Vishwa Hindu Parishad (VHP) said Hindus could not wait "till eternity" for the court's decision on the Ram temple and asserted that the only way forward was to enact a legislation for its construction.

Replying to a query on the Ram Mandir issue with just a few months left for the Lok Sabha polls, the schedule of which will bring in force the Model Code of Conduct, Bhagwat said, "Only a temple will come up in Ayodhya."

"We have faith in Lord Ram. It does not take time for time to change," he said.

The RSS chief was speaking to the media after attending a programme here.

He said the saffron organisation stood by the statement given by its general secretary, Bhaiyyaji Joshi, on the temple issue.

Joshi had Tuesday said the general public and also those in power wanted that a Ram temple is built at the disputed site in the holy town of Uttar Pradesh.

Earlier, speaking at a function organised by the Sevasadan Shikshan Sanstha, Bhagwat emphasised on need-based and the practical form of education.

"There is no dispute that the education policy should change and the change should be from the basics," he said.