In an interaction with foreign journalists in the national capital, Mohan Bhagwat said that RSS members were working to stop incidents like mob lynching. 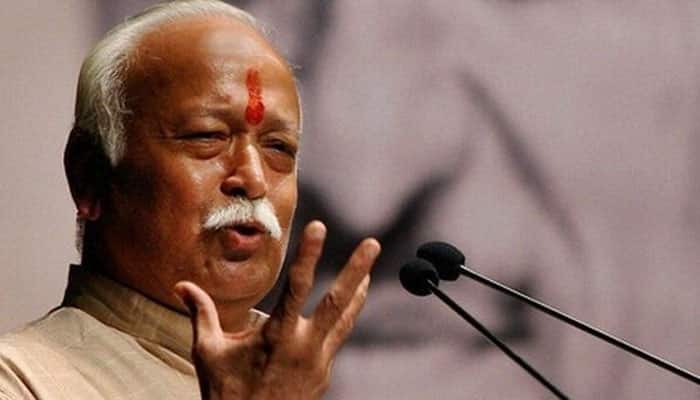 Rashtriya Swayamsevak Sangh (RSS) chief Mohan Bhagwat on Tuesday said that the organisation was against all forms of violence, including mob lynching. In an interaction with foreign journalists in the national capital, the RSS chief said that members of the organisation were working to stop such incidents.

Bhagwat further said that if any member of the RSS was found involved in lynching-like incidents, he would be disowned and law would be allowed to take its course. He made the remark before at least 80 journalists from around 30 countries.

Bhagwat also shared the vision of the RSS with the foreign media representatives, which was followed by a 'Question and Answer' session covering a wide range of issues across the spectrum.

The media interaction came exactly a year after Bhagwat's three-day lecture series in September 2018 in Delhi, which was attended by representatives of Indian media.

Bhagwat’s remark assume significance as several incidents of mob lynching have been reported in the last few years from different parts of the country. The government has assured that all measures were being taken to ensure that such incidents do not occur.

State governments have also been directed to prevent such incidents from taking place.

The Centre has also taken up the issue with social media giants like WhatsApp, Facebook, asking them to device mechanism to check dissemination of false rumours that lead to such incidents.

According to provisions of the bill, if a person is found guilty of publishing, communicating and disseminating any offensive material either physically or electronically, shall be liable to imprisonment up to one year and a fine up to Rs 50,000.