Russia fumes over poor progress in defence deals with India, to flag issue during Doval visit

Russia has attached much importance to the visit since Doval's proposed engagement with Security Council Secretary Nikolai Patrushev was announced in Moscow by Russian Deputy Foreign Minister Igor Morgulov himself. 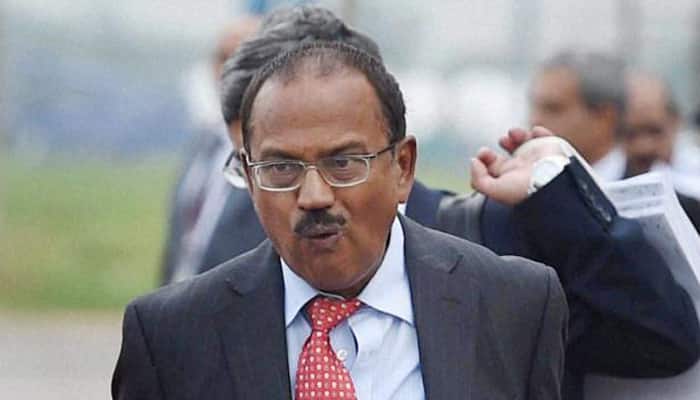 Russia has attached much importance to the visit since Doval`s proposed engagement with Security Council Secretary Nikolai Patrushev was announced in Moscow by Russian Deputy Foreign Minister Igor Morgulov himself.

A Kremlin veteran, Patrushev is considered a key aide to President Putin.

Highly placed sources said the Russians will bring up the issue that despite the signing an inter-governmental deal with Russia over a year ago, there has been no progress forward from the Indian side on the issue of purchasing the twin-engined Russian utility helicopter.

"The proposal is over a year old. The agreement was firmed up during the summit meet between our Prime Minister (Narendra Modi) and President (Vladimir) Putin in Goa last October. Hindustan Aeronautics is to hold a majority stake in the venture that will execute the project," a source said.

"But they (Hindustan Aeronautics) see a conflict of interest," the source added, referring to the Indian state-owned company`s own light utility helicopter programme.

The Ka-226 deal was a major component of defence pacts worth $10 billion signed between India and Russia during the October 2015 summit. India confirmed to buy 200 choppers of which 60 were to be fly-away, another 60 as knock-down units and the balance 80 to be made in India.

The Ka-226s were to replace India`s aging fleet of Cheetah and Chetak choppers.

As regards the proposed new Indian entity, while Hindustan Aeronautics is to hold 50.5 per cent stake in the joint venture, Russian entities -- RH and ROE -- are to have the remaining 49.5 per cent equity.

Sources indicated other roadblocks as well in executing the deal.

"Hindustan Aeronautics has agreed to offer their light utility helicopters for a lesser price than what Ka-226 will cost. Officials there are also hesitant as it will hurt its own chopper programme and come in the way of the huge export market they see for them," said the source.

"A huge cost will be involved in the new infrastructure that is proposed at Tumkur (near Bengaluru) for this, as existing facilities are fully occupied with ongoing programmes."