Samajwadi leader Chhotelal Diwakar and his son, Sunil Diwakar, were shot dead in broad daylight in Sambhal district of Uttar Pradesh on Tuesday. The murder was apparently a fallout of a dispute overlaying of a road under MGNREGA. 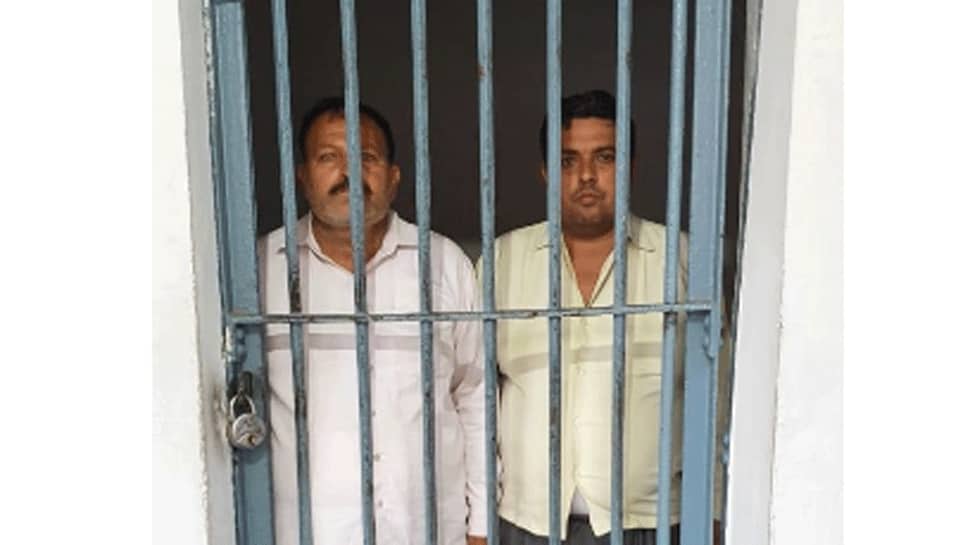 Sambhal: Samajwadi leader Chhotelal Diwakar and his son Sunil Diwakar were shot dead in broad daylight in Uttar Pradesh on Tuesday (May 19). The killing took place in Sambhal district, a little over 200 km from the national capital. According to the police, the murder is apparently a fallout of a dispute overlaying of a road under MGNREGA.

Following a complaint by the victim's second son Sachin Kumar, an FIR was lodged against eight people, including two unidentified persons, under relevant sections of the Indian Penal Code (IPC), including 302 (murder). Two of those named in the FIR, a father-son duo - Jitendra Sharma and Sharmendra Sharma, have been arrested. The police had set up three different teams to nab the assailants. The others named in the FIR are Ramendra, Upendra, Gyandendra and Gajendra Singh.

The incident took place under the Bahjoi police station area. The bodies have been sent for autopsy.

The police said that the SP leader and his son Sunil Kumar (28), who had gone to a field for a walk, were gunned down over a dispute with a group of villagers over the construction of a road under the MGNREGA scheme of the central government in the area.

According to information, Diwakar's wife is the head Pradhan of the village. In such a situation, most of her work was monitored by Diwakar. He had also contested the 2017 assembly elections on a Samajwadi Party ticket; however, the seat had later went to the SP's alliance partner.

Family members of the Samajwadi Party leader told police that the armed assailants, who had come on a motorbike, shot the SP leader and his son after a brief altercation. "They fled on foot, leaving their motorbike behind," one of the members said.

A large number of Samajwadi Party workers reached the village soon after the news of the double murder spread.

Former Samajwadi Party MP Dharmendra Yadav condemned the incident and said Diwakar was a dedicated party worker. He accused the BJP government in the state and the police of sheltering criminals. "After the murder of our dedicated worker today, it has been proved that police are sheltering the criminals, and members of the opposition party, especially the Samajwadi Party, are being targeted," he claimed.

JEE-Main 2020: Fresh application to be submitted from May 19-24 —Check details here