During the hearing on Friday, former Union finance minister Chidambaram told the Rouse Avenue Court that the "same files were being shown to him repeatedly" and the CBI had failed to show him any document establishing his involvement in money laundering so far. 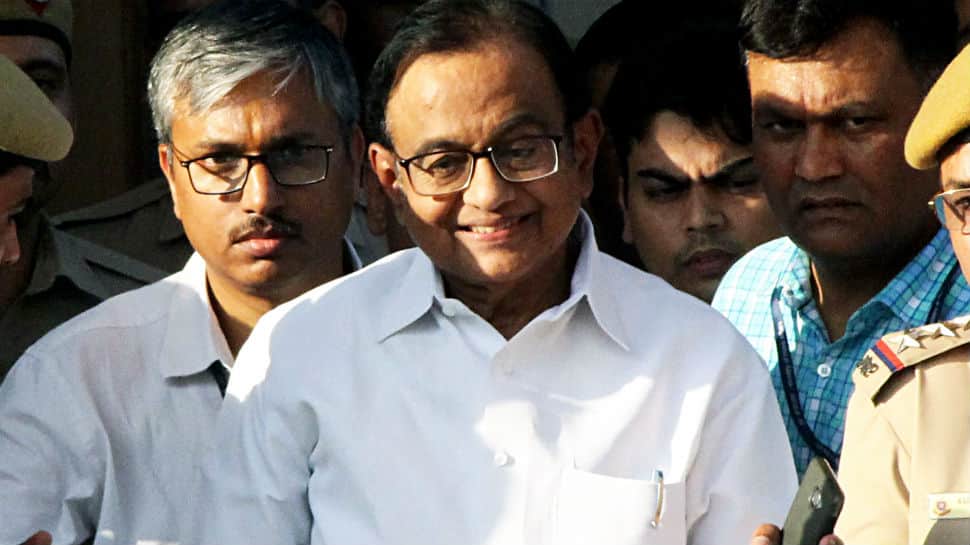 The CBI custody of former Union finance minister P Chidambaram is set to end on Monday and he will be produced before the Supreme Court on Monday as the top court will hear the senior Congress leader's plea challenging the special CBI court's order to remand Chidambaram to CBI's custody.

During the hearing on Friday, Chidambaram told the Rouse Avenue Court that the "same files were being shown to him repeatedly" and the CBI had failed to show him any document establishing his involvement in money laundering so far.

"They have been continuously showing me three files. Even today the same files were repeatedly shown to me for more than 2.5 hours," said Chidambaram to Special CBI Judge Ajay Kumar Kuhar. The CBI court, however, extended CBI custody of former Union finance minister in the INX Media case till Monday.

It is to be noted that as per the law, the maximum period of police custody in cases of corruption like the one in which the CBI has named Chidambaram as an accused is 15 days.

In 2017, the CBI had registered a case of financial irregularities worth Rs 305 crore in the Foreign Investment Promotion Board (FIPB) clearance given to INX Media in 2007 when Chidambaram was country's Finance Minister.

Following the CBI's FIR, a case of money laundering was filed against Chidambaram by the Enforcement Directorate (ED). Chidambaram had approached the SC seeking interim protection against arrest in ED's case and the top court had granted him protection till September 5.

During the hearing in this case in SC, Solicitor General Tushar Mehta had argued in the SC that the top court's decision to grant bail to Chidambaram would have disastrous consequences because the verdict will directly affect the cases related to Vijay Mallya, Mehul Choksi, Nirav Modi, and others.