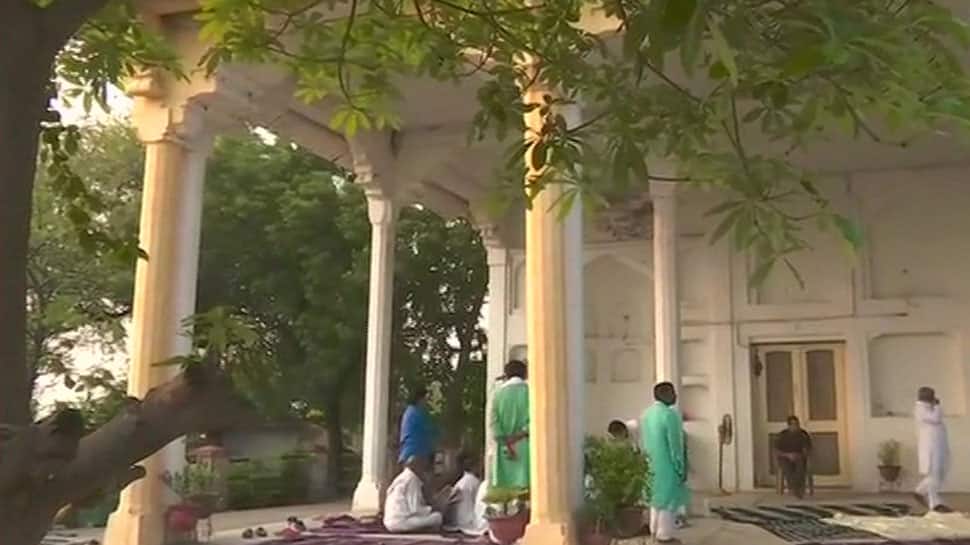 LUCKNOW: Congress General Secretary Priyanka Gandhi Vadra and nine others, who were stopped in Narayanpur by police, spent Friday night in detention. The Gandhi scion refused to fill the bail bond of Rs 50,000 and insisted on proceeding to Sonebhadra in Uttar Pradesh where 10 people were killed in clashes over a land dispute on Wednesday.

Mirzapur: Early morning visuals from Chunar Guest House where Congress General Secretary Priyanka Gandhi Vadra & party workers have been sitting on dharna. She was detained in Narayanpur by police yesterday while she was on her way to meet victims of Sonbhadra's firing case. pic.twitter.com/8Dl4UaXj4T

Priyanka was detained after being stopped from going to Murtiya village in Sonebhadra district. The police, however, denied that she had been arrested. The Congress leader arrived in Varanasi on Friday morning and met the injured persons admitted to the Trauma Centre of the Banaras Hindu University. When she proceeded towards Sonebhadra, her convoy was stopped on the Mirzapur border. A defiant Priyanka then squatted on the ground with the Congress workers and was later taken away in a government vehicle to Chunar.

"The Uttar Pradesh government has sent ADG Varanasi Brij Bhushan, Varanasi Commissioner Deepak Agarwal, Commissioner Mirzapur and DIG Mirzapur to tell me that I should return without meeting the victims` families. They have not given me any reason or documents for detaining me," Gandhi said in a tweet in the early hours of Saturday.

"I have made it clear to them that I have not come here to break any law but to meet the families and I won`t return without meeting them," she said.

The law enforcement officials left the guest house at around 1.15 a.m Saturday. “ADG Varanasi, Commissnor Varanasi division and other senior Police & Govt officials leaving Chunar Qila at 1.15 am,” she tweeted.

A defiant Priyanka further tweeted that she hasn't violated any section of the law and that her detention is illegal.

“The illegal arrest of Priyanka in Sonbhadra, UP, is disturbing. This arbitrary application of power, to prevent her from meeting families of the 10 Adivasi farmers brutally gunned down for refusing to vacate their own land, reveals the BJP Govt’s increasing insecurity in UP,” tweeted Congress leader Rahul Gandhi.

The illegal arrest of Priyanka in Sonbhadra, UP, is disturbing. This arbitrary application of power, to prevent her from meeting families of the 10 Adivasi farmers brutally gunned down for refusing to vacate their own land, reveals the BJP Govt’s increasing insecurity in UP. pic.twitter.com/D1rty8KJVq