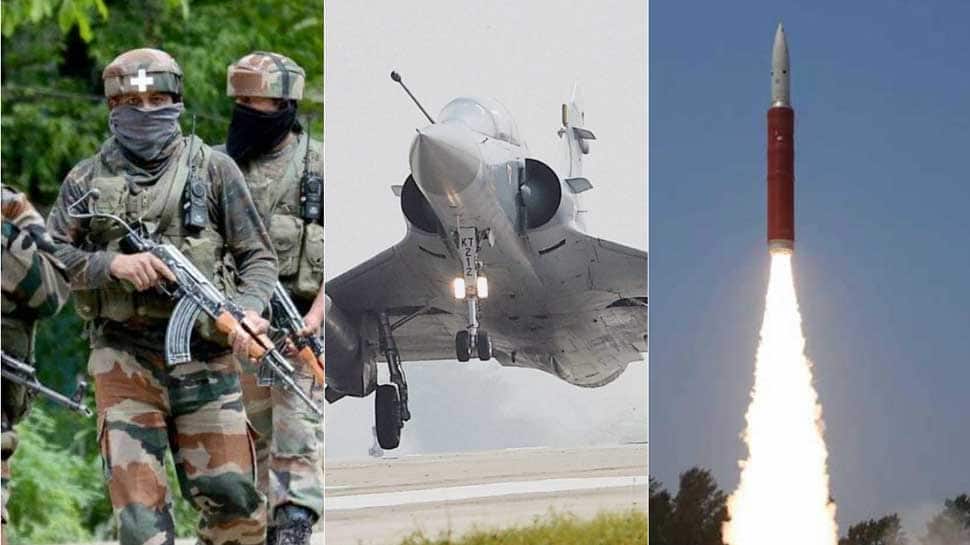 NEW DELHI: Prime Minister Narendra Modi addressed the nation on Wednesday to announce that India has achieved a major milestone in its defence capabilities by shooting down a low earth orbit satellite in space by using an anti-satellite (ASAT) missile.

The prime minister said that Mission Shakti carried out on Wednesday morning was completely successful and he congratulated the scientists from the Defence Research and Development Organisation for carrying out the mission with high precision. It is to be noted that besides India, the capability to shoot down satellite using missile in space is possessed only by the United States of America, Russia and China.

"In the journey of every nation, there are moments that bring utmost pride and have a historic impact on generations to come. One such moment is today. On 27 March 2019, India has successfully tested the Anti-Satellite (ASAT) Missile. Congratulations to everyone on the success of Mission Shakti," said the PM.

According to PM Modi, the mission was completely indigenous and the low orbit satellite was in an orbit 300 kilometres above the earth when it was shot down by the missile. Modi remarked that the main objective of Mission Shakti was to demonstrate to the world India's capabilities which are purely defensive in nature and are not against any country.

A DRDO-developed Ballistic Missile Defence (BMD) Interceptor Missile was used to engage an Indian orbiting target satellite in Low Earth Orbit (LEO) in a ‘Hit to Kill’ mode. The interceptor missile was a three-stage missile with two solid rocket boosters.

With Wednesday's announcement, PM Modi once again sent a clear message to Pakistan, China and other nations that under his leadership India will follow the muscular defence policy and the country is now capable of defending itself with all its might. With the successful test for ASAT missile, India has now bolstered its defence in space too. Under PM Modi's leadership, India has already conducted two surgical strikes inside Pakistan - the first surgical strike was carried out by Army on September 28-29, 2016 and the second was conducted by Indian Air Force on February 26, 2019.

Just 11 days and 12 hours after the cowardly suicide attack by a Jaish-e-Mohammed (JeM) terrorist on a Central Reserve Police Force (CRPF) convoy in Jammu and Kashmir's Pulwama, resulting in the death of 40 CRPF personnel, the Indian Air Force (IAF) on February 26 rained bombs at JeM's terror camps deep inside Pakistan killing 200 to 300 terrorists. The daring airstrikes carried out at around 3:00 am were dubbed by many as  Surgical Strikes 2.0. 12 Mirage 2000 fighters of the IAF crossed the Line of Control (LoC) attacked JeM terror camps at Balakot in Khyber-Pakthunkhwa province of Pakistan. Laser-guided bombs were dropped by IAF's Mirage fighter jets at Jaish's biggest terror camp in Balakot. The government later confirmed that it was a pre-emptive strike which was carried out after intelligence agencies received credible information that JeM was planning to carry more attacks inside India. The whole operation, which was ''100% successful" got over in just 21 minutes and all the fighter jets returned to India without any damage. A day after Pulwama attack, PM Modi had assured the nation that his government will avenge the martyrdom of CRPF personnel and will not spare those involved in the dastardly attack.

Surgical strikes were carried for the first by Indian Army on the intervening night of September 28 and 29, 2016 on terrorist launch pads across the Line of Control (LoC) in Pakistan. The strikes were hugely successful as seven terror launch pads were destroyed in a nearly five-hour-long operation. The Army had carried out the strikes days after PM Modi had warned that Uri attack, in which 17 Army personnel were killed, would not go unpunished. The operation was conducted between 500 metres to three kilometres across the LoC. ALH Dhruv helicopters were used to para-drop commandoes of Army special forces inside the Pakistani territory. The whole operation was monitored by the then Defence Minister Manohar Parrikar, National Security Advisor Ajit Doval and the then Army chief General Dalbir Singh.