As per the state health depatment bulletin on Thursday, Tamil Nadu has surpassed a total of 7-lakh COVID-19 cases with 3,077 new cases of infection. The death toll in the southern state rose to 10,825 with 445 more fatalities. 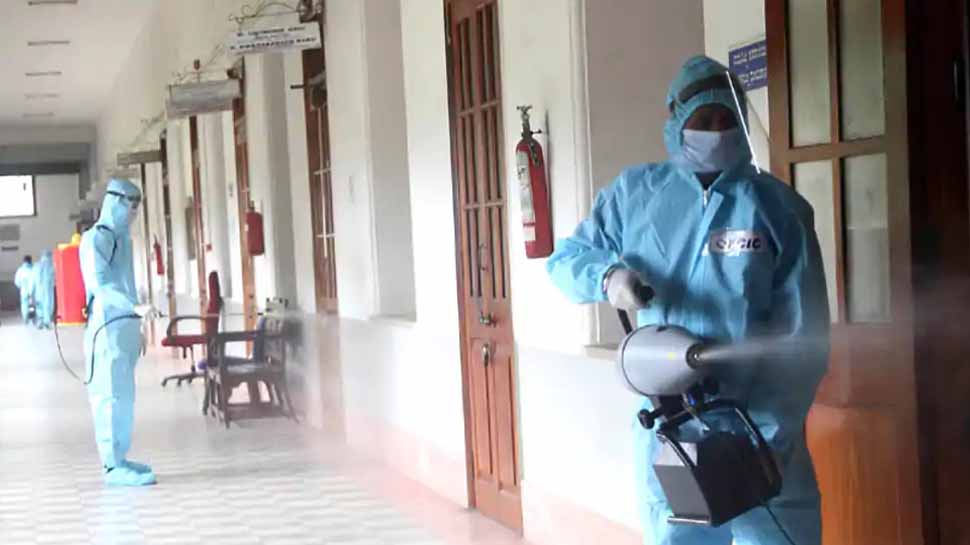 Chennai: As per the state health depatment bulletin on Thursday, Tamil Nadu has surpassed a total of 7-lakh COVID-19 cases with 3,077 new cases of infection. The death toll in the southern state rose to 10,825 with 445 more fatalities.

However, the state has made significant progress in the fight against the virus and the recovery rate is over 93% and in recent times the daily recoveries have been surpassing the daily new cases.

While the cumulative tally of positive cases stood at 7,00,193, Chennai accounted for 1,93,299, according to the bulletin.

The state has taken 21 days to go from six lakh to seven lakh cases, when compared to the 17 days it took to go from five lakh to six lakh cases. The overall decline in the cases and slowdown of the spread is observed in these numbers.

The 3077 fresh cases on Thursday included Chennai's 833, and the capital city continues to top the case count among all districts. The death toll in Chennai stood at 3,569 while the city's total infection count is at 1,93,366.

On Thursday, Tamil Nadu Chief minister Edappadi K palaniswami announced that once a vaccine becomes available, all the people of Tamil Nadu would be vaccinated at the expense of the State Government. This announcement came shortly after the BJP had made a similar announcement in its poll manifesto for Bihar.

From Thursday onwards, shops, hotels, tea shops, restaurants and other commercial establishments across the State have been permitted to remain open until 10pm. This has been done to boost economic recovery and also in line with the festive season. The government emphasized that Covid-19 protocols be strictly adhered to during the relaxations and festive season.