A problem in the IAF aircraft's engine compartment resulted in a number of other planes being arranged for the six coffins to be taken back to native places.

Patna: An Indian Air Force plane carrying mortal remains of CRPF personnel was stranded at the Patna airport for several hours due to technical problems with the aircraft.

The plane - KA2683 - reached had reached Patna airport on Saturday morning with mortal remains of eight CRPF personnel martyred in the ghastly terror attack in J&K's Awantipora. Two of the coffins belonged to personnel from Bihar and were taken off the plane. The remaining coffins were to be taken to different parts of the country but the plane was unable to take off at the scheduled time due to problems in its engine compartment. 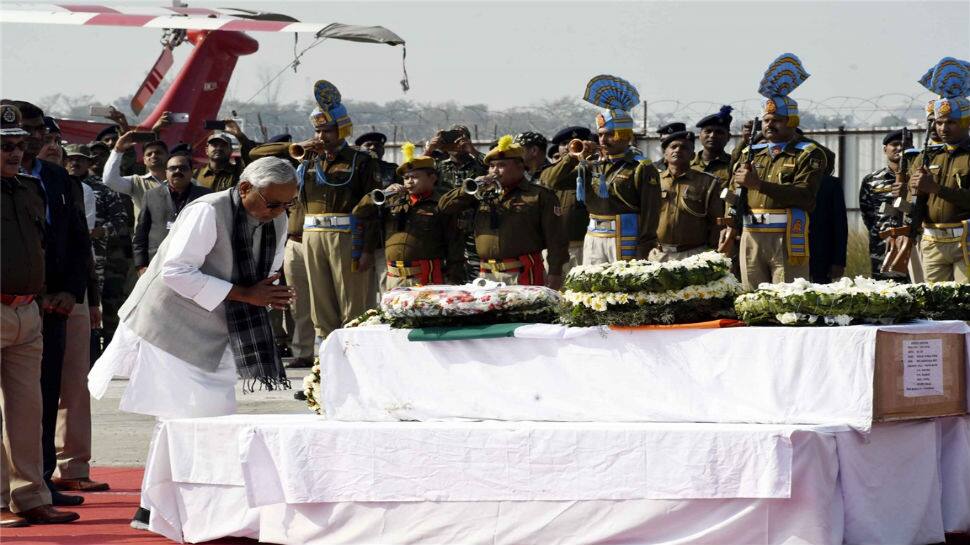 The six coffins inside the stranded plane belonged to one personnel from Jharkhand, two from West Bengal, two from Odisha and one from Assam. A number of planes had to be called in from these states to ensure that the mortal remains reach the native places without any additional delay.

Patna Airport director Rajendra Singh confirmed to Zee News that all the coffins had been sent from here by 1400hrs. He also confirmed that different states sent special aircraft for the mortal remains to be flown back.

It is reported that the IAF plane had - apart from the mortal remains of the martyred bravehearts, several top-ranking CRPF officials and personnel. Questions have already begun doing the rounds about why a potentially 'unfit' IAF plane was arranged for an extremely sensitive task of taking coffins to native places.