Addressing BJP workers after launching the party`s membership campaign in Hyderabad, Shah said the party would definitely come to power in the state. 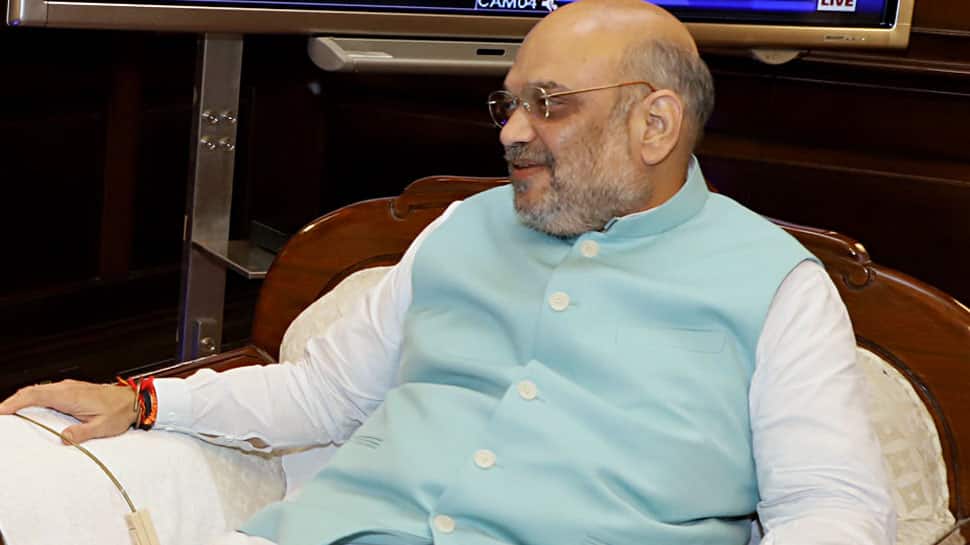 He said it was for people of Telangana to decide whether they want their state to emerge as the first stronghold of the party.

Addressing BJP workers after launching the party`s membership campaign, Shah said the party, which secured 19 per cent votes in recent Lok Sabha elections in Telangana, would definitely come to power in the state.

He asked the party workers to strengthen the organization in every booth and ensure that the vote share goes up to 50 per cent, the goal set by the party for the entire country.

Shah, who was on his first visit to Telangana after the BJP secured a massive mandate to retain power at the Centre, congratulated the party workers for the strong performance in the state.

Making huge inroads in Telangana, the BJP won four seats, up from one it had in the previous Lok Sabha.

"You have laid a strong foundation on which the party will build a grand building," Shah told the party workers.

He also revised the membership target of the BJP in Telangana from 12 lakh to 18 lakh. "If you can`t achieve this target, inform me and I will participate in the campaign in the districts," he said.

He said this would double the party`s membership in the state.

Shah urged the party cadres to enrol people from all sections of the society, saying he was keen to see an inclusive organization.

Earlier, Shah launched the party`s membership campaign in by issuing a membership card to a tribal woman here in Mamidipalli village of Ranga Reddy district on the outskirts of Hyderabad.

He along with other BJP leaders had lunch at Soni Nayak`s house and interacted with her.