Earlier on Tuesday, West Bengal CM Mamata Banerjee had said that the councillors and MLAs who are quitting will not be accepted back in the party. 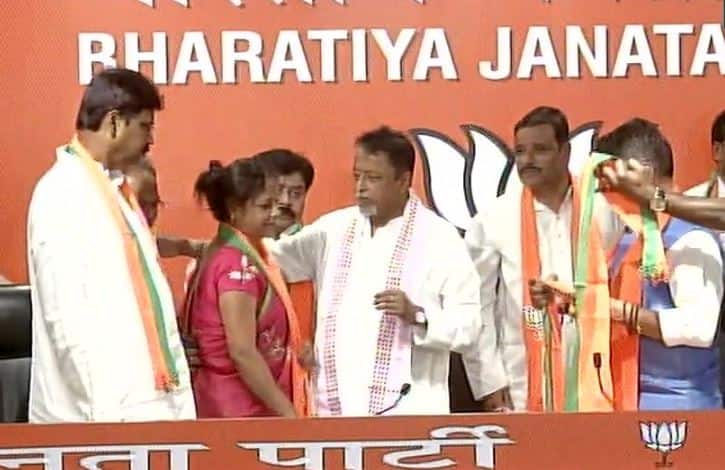 Earlier on Tuesday, the West Bengal CM and TMC supremo had said that the councillors and MLAs who are quitting will not be accepted back in the party. Mamata said that she will give tickets to new people. The West Bengal chief minister also issued a stern warning to councillors saying that the councillors are given money to work for the welfare of the people. She added that those who have failed to work for the development of West Bengal are quitting TMC to join the BJP. Mamata said that she will take strict action those councillors who will fail to discharge their duties properly. "I have information that some councillors are changing the ownership of government land into their own. From parks, ponds they have changed the names and ownership. They will not be spared. It is a public property," she said.

The West Bengal chief minister admitted that TMC has made mistakes by giving tickets to those who were not loyal to the party. Mamata, however, stressed that TMC is not weak and the BJP will not be able to break TMC's majority in the state assembly. The TMC chief told her party leaders that the vote share of all parties has gone down in the recently held Lok Sabha election and TMC is the only party whose vote share has increased by 4 percent.

Mamata once again raised the issue of EVMS and said that over 30% EVMs malfunctioned during the Lok Sabha poll. She added that the new EVMs were not tested by anyone and no mock poll was conducted too. Mamata asserted that the TMC will reach out to the Election Commission and ask them to use ballots in the Panchayat and Municipal elections.