Prime Minister Narendra Modi will address the nation at 4 PM on Tuesday during which he is expected to spell out more measures as part of the government’s Unlock 2.0 and also outline the steps taken by the Centre after the Galwan Valley face-off with China. 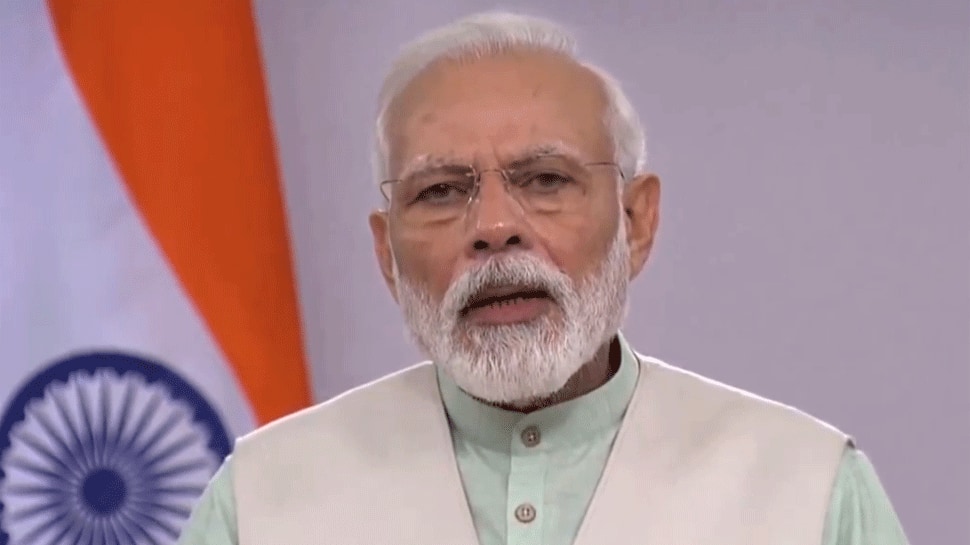 New Delhi: Prime Minister Narendra Modi will address the nation at 4 PM on Tuesday during which he is expected to spell out more measures as part of the government’s Unlock 2.0 and also outline the steps taken by the Centre after the Galwan Valley face-off with China.

The Prime Minister’s Office had confirmed this through a tweet on Monday. PM Modi’s address will come amid an ongoing stand-off between India and China at Ladakh's Galwan Valley and a surge in coronavirus cases that has shown little sign of slowing down.

During his radio show 'Mann Ki Baat', PM Modi had on Sunday said that India had given a befitting response to China on Ladakh, praising the Indian Army which fought Chinese troops at the Galwan Valley earlier this month. The PM also spoke of the call for a boycott of Chinese goods by the traders and the civil society.

"We will buy local and be vocal for local and this will help India become stronger," he had said.

"If India knows how to maintain friendship, it can also confront someone and give an adequate response. Our brave soldiers made it clear that they will not allow anyone to taint the honour of Mother India," he had added, referring to the clash with Chinese troops in which 20 Indian soldiers were killed in the line of duty.

PM Modi had earlier held meetings with chief ministers and heads of states and Union Territories on June 16 and June 17, to discuss further measures to combat the coronavirus.

Amid all this, the Centre on Monday announced its decision to block 59 Chinese-owned mobile applications including TikTok, WeChat and UC Browser. In a statement, the government said the apps were blocked "in view of information available they are engaged in activities which is prejudicial to sovereignty and integrity of India, defence of India, security of state and public order".

Last week, PM Modi had praised the country's efforts to fight the coronavirus. He had said that Uttar Pradesh, with a population size the same as four European countries badly hit by the coronavirus, had only a fraction of their death count.

"England, France, Italy and Spain - these countries at one time had conquered the world and were the biggest powers of the world, but if you add up the populations of all these countries it comes to 24 crore, but in India, UP alone has 24 crore. How effective UP has been can be seen from the fact that the four European nations together had 1,30,000 deaths due to COVID-19. But in UP, the number of deaths is 600. It shows that UP has been tacking the issue proactively and effectively," he had said.

India's tally of coronavirus cases has risen to 5,48,318, including 16,475 deaths. States like Maharashtra, Delhi and Tamil Nadu have been showing massive growth in coronavirus numbers despite efforts to break the chain of transmission.

The Centre on Monday released guidelines for Unlock2 in which it has extended the lockdown in containment zones till July 31. It has allowed some relaxations in other areas but schools and colleges, cinema halls, gymnasiums, swimming pools, bars and assembly halls or metro services will remain closed.