India Ambassador to US Harshvardhan Shringla said that Trump's decision to join PM Modi in mega "Howdy, Modi!" event is "historic" and "unprecedented" and said that it represents "personal chemistry and friendship" between the two leaders. 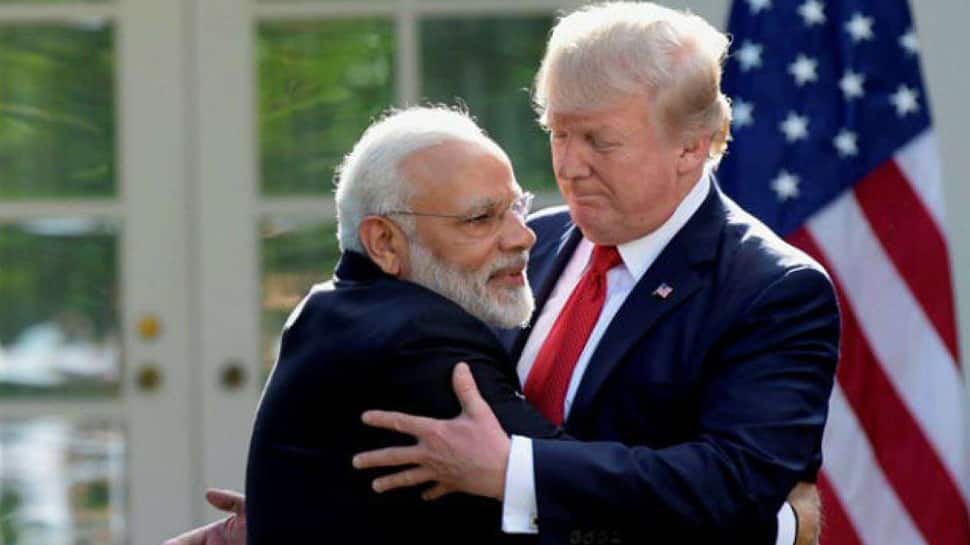 WASHINGTON: The White House confirmed on Sunday that US President Donald Trump will attend Prime Minister Narendra Modi's "Howdy Modi!" event in Houston, Texas, on Sunday (September 22). "On Sunday, September 22, 2019, President Donald J. Trump will travel to Houston, Texas, and Wapakoneta, Ohio, to underscore the important partnerships between the United States and India, and Australia. In Houston, President Trump will participate in an event with Prime Minister Narendra Modi of India," said White House Press Secretary, in a statement.

Over 50,000 people are set to attend the mega event to hear PM Modi`s address at the NRG Stadium in Houston. The event is being hosted by the Texas India Forum. The theme of the event is "Shared Dreams, Bright Futures" and it will highlight the contributions of Indian-Americans in enriching the American life since 1947 and the roles played by Indians in boosting India-US relations.

Terming the event a great opportunity to highlight the strong relations between US and India, the White House said in a statement, "It will be a great opportunity to emphasize the strong ties between the people of the United States and India, to reaffirm the strategic partnership between the world`s oldest and largest democracies, and to discuss ways to deepen their energy and trade relationship.""

India Ambassador to US Harshvardhan Shringla said that Trump's decision to join PM Modi in mega "Howdy, Modi!" event is "historic" and "unprecedented" and said that it represents "personal chemistry and friendship" between the two leaders. "The two leaders addressing the `Howdy, Mody!` event is historic and unprecedented. It reflects not only the closeness and comfort levels in the relationship but also the personal chemistry and friendship between Prime Minister Modi and President Trump," Shringla told ANI.

PM Modi is scheduled to leave for the US on September 21 and he will first travel to Houston and then reach New York on September 23 to attend the UN General Assembly.